Lead poisoning has been blamed for the death of about 20 cows on a Southland farm. 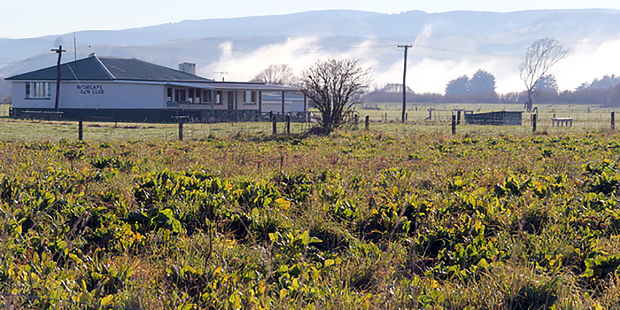 On 23 July a veterinary clinic in Otautau, north of Invercargill, notified the Ministry for Primary Industries that dairy cattle on a farm nearby were being poisoned.

The ministry said today that the animals ingested high levels of lead while grazing on fodder beet grown on a gun club property. It says another 80 cows had to be put down and crop at the Nightcaps Clay Target Club at Wreys Bush has been destroyed.

The farmer who owned the cows has been leasing the grazing paddock from the club for the past 10 years. He has since been given a surveillance notice by the ministry so none of his cattle can be traded, slaughtered or moved out of his control until further notice.

The president of the Nightcaps Clay Target Club said fodder beet is more likely to pick up traces of lead, but the farmer chose to grow it for the first time this year.

Steve Diack said the farmer usually grows swedes and has never had any problems. He said the farmer is well aware the field is used the eight-hectare paddock as a shooting range.

Mr Diack said results of soil tests from the paddock should be available by next Thursday.

Dairy cooperative Fonterra said today that there is no food safety risk. General manager of milk supply Dianne Schumacher said the herd was not being milked at the time.

However, Ms Schumacher said Fonterra is working with the ministry and farmer to identify the extent of any exposure and manage the risk.

Federated Farmers' dairy chair Andrew Hoggard believes the incident could have been prevented.

"Mostly gun clubs obviously have to be situated out in the rural zone, so every gun club out there, I imagine, is next to a farm ... There are regulations in place - obviously, something didn't go right this time. We need to understand what it was that didn't go right."

Federated Farmers said the loss has cost the farmer close to $500,000.