The chairman of a group of kiwifruit growers taking legal action against Biosecurity New Zealand officials over an outbreak of the vine-killing disease Psa says there is no doubt that the Government is at fault. 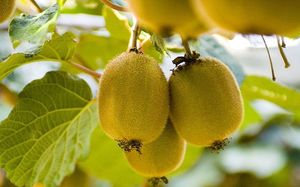 The class action suit seeks compensation for the effects of the disease which cost the country in excess of $885 million, according to a report commissioned by the Government.

Many growers were financially ruined by the outbreak in 2010, with some losing their entire orchards or forced to undergo mortgagee sales.

The claimants allege that biosecurity officials were negligent in failing to protect New Zealand from Psa and that the Government's $25 million emergency compensation package was nowhere near enough.

The chairman of the group, kiwifruit and avocado grower John Cameron, said the ramifications are extensive.

"Kiwifruit growers, unfortunately, are at the end of the stick and they've suffered the loss of this breach. We believe we need to go to court to ensure a duty of care and once we have that duty of care, hopefully, there will be some flow-on effects that will help kiwifruit growers re-establish themselves."

The Ministry for Primary Industries has released a statement saying it is not aware of the Crown being held liable for this type of biosecurity breach before, and that various studies are inconclusive as to exactly how Psa entered New Zealand.

New Zealand Kiwifruit Growers said it was not aware of the claim until it was made public yesterday afternoon, and it needed to assess the legal basis and chances of success before speaking publicly.

A spokesperson said it wants to know how much the class action would cost growers and what their liability would be in the event of it being unsuccessful.