Kiwifruit and produce firm Seeka says the sector's ongoing recovery from the PSA vine disease has helped to put its business in a stronger position, despite challenging trade conditions and rising costs. 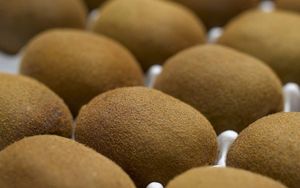 For the half year to the end of June, Seeka lifted its after-tax profit to $1.5 million dollars, from $672,000 during the same period last year.

Operating revenue jumped by 18 percent to more than $79 million.

"The pricing environment, that's our environment that we have in which we can charge our growers - our customers - for the services we provided, that's been very competitive," he said.

"So not surprisingly our margins have been a bit tighter, because we've got the increasing costs of electricity for example in the cool stores, or wages in packhouses... It's a bit more of a harder game (because) our margins are thinner, but our volumes are up so that's helping contribute to a more positive result".

Seeka packed more than 20 million trays of kiwifruit , almost one and a half million more than the previous year, with increased volumes of all varieties, including the newly commercialised SunGold variety, which is replacing the older gold variety because of its greater tolerance of PSA.

Mr Franks said its diversification into other areas such as retail services and avocados, had also contributed to its result.