The new avocado export season is underway and the industry is bracing itself for the challenges of selling a record crop. 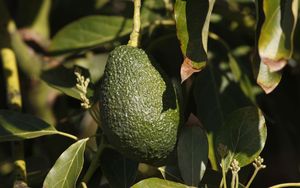 The harvest this season is forecast to top seven million trays, of which almost five million are expected to be exported.

The country's largest grower group, AVOCO, is responsible for 65 percent of production and said a record crop would test the industry and its ability to manage the fruit.

AVOCO director John Carroll said an added complication this season would be the competition from a bumper crop coming out of Australia, New Zealand's main export market.

"The most head-on time competitor for us is Western Australia and this season they're facing the biggest crop they think they've had. So we're encountering that at the same time as we'll be there, and the biggest heat in that competition will be perhaps from October to January."

More of the crop will also have to be exported to Asia and the United States.

"The key with Australia is it does alter from year to year, the size of our window and the size of our opportunity. I think last year about 85 percent of our sales were into Australia, this year it will be something more like 60 percent."