The avocado industry is predicting a bumper export crop for the coming season - in excess of 5 million trays.

The bulk of the fruit is exported to Australia, but stiff competition there from the local industry means exporters are looking further afield, primarily to Asia. 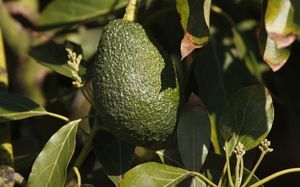 A Director of both, John Carroll, says the Asian market is very complex and not helped by the fact avocados aren't that well known in Asia.

"Avacados have been a consistently strong growing product around the world, but mainly in existing markets and Asia hasn't been focused on".

He says a lot of effort is being put into developing, what he calls new-frontier markets.

"We have plans to be involved in trade shows in Asia and tying in with American partners, so between us we can supply the market for 12 months".

Mr Carroll says it's hoped that about 25 percent of the export crop will end up in Asia, about 20 percent to the United States and the rest to Australia.

He says New Zealand avocados aren't exported to Europe due to problems with maintaining quality, as the bulk of exports are shipped.

"There are plenty of other, larger avocado producing nations much closer to Europe but if we thought we could overcome technical difficulties getting the fruit there, then we would try in a heartbeat."