The medium-scale adverse event declared by the Government for storm hit farmers and growers in Northland will mobilise help with the clean-up as well as provide some financial assistance.

Primary Industries Minister Nathan Guy toured the region on Tuesday and he said it appeared avocado growers and dairy farmers had been the worst-affected.

"Not getting many reports into much damage out of kiwifruit, there may be some slips on land to do with sheep and beef farms. Most of the clean up that's going to need to be required will be in avocado orchards or on dairy farming platforms." 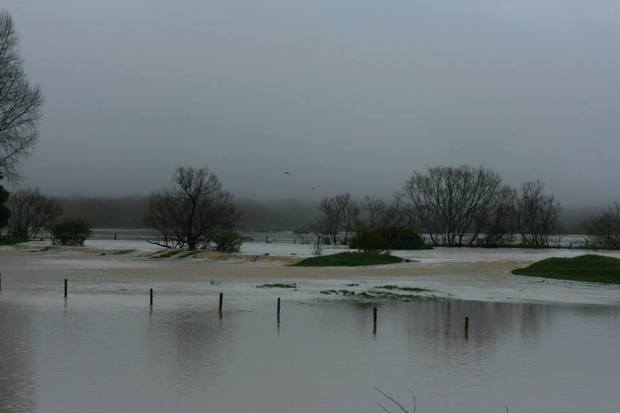 That's been welcomed by dairy farmer Ben Smith, whose flooded Hikurangi Swamp farm was visited by Mr Guy on Tuesday.

"We tried to centralise our support around the Rural Support Trust because it's been activated in Northland under the drought, and now we've got the flooding and bits and pieces, and if we can strengthen that support agency, I think that we've got people who know what they're doing."

Among the support measures the Government's considering is the use of Task Force Green teams to help with cleaning up flooded farms and wind-battered orchards.

Ben Smith said that would also be important.

"With us on the Hikurangi Swamp here, we've got a lot of stagnant water, you know, this is going to be two or three weeks before it leaves, but yes, after that as the waters recede and with these guys with their spring calving, it's going to be massive assistance, as long as they're adequately supervised and create a good work plan that works."

It allows farmers to better manage peaks and troughs in their incomes by allowing money to be put aside from a better year and withdrawn against a not so good year.

He said tax would not be top-of-mind for affected farmers right now but he encouraged them to talk to their accountants about their options.