Federated Farmers sees the merit in a National Party water policy to spend $100 million over 10 years to buy and retire selected areas of farmland next to important waterways.

National says that, if re-elected on 20 September, it would create an environmental buffer that helps improve water quality. 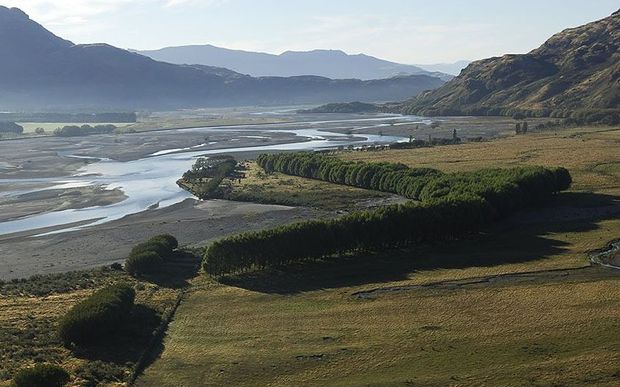 Federated Farmers has challenged another aspect of National's water policy: compulsory fencing of waterways on dairy farms by mid-2017.

But the federation's dairy chairman, Andrew Hoggard, says buying land next to waterways and retiring it from production makes good sense, and a fund of $10 million a year could purchase at least 286 hectares.

Mr Hoggard says using NIWA guidelines and if turned into strategically located wetlands, DairyNZ and Federated Farmers believe it could remove 60 to 70 percent of nitrogen from about 9500 hectares of farmland.

"Because you may be in a situation where all farmers in the catchment may already be doing everything they could possibly do. No one may be converting or anything like that and you've still got an issue.

"If you didn't have that fund, then what you'd end up doing is forcing all of those farmers to become less profitable and less productive -so everyone takes the hurt - whereas this fund

may be able to go in, take a bit of land out and then everyone else can carry on farming how they were farming."

Mr Hoggard says the fund means farmers would be able to concentrate on more profitable farming, as it can take care of areas removed from production.

Federated Farmers has described the Green Party's policy on fencing off waterways from livestock as "nonsense" that could only appeal to academic greenies in Wellington.

The Green Party wants all livestock to be fenced out of waterways, with a buffer zone between the water and the fence. The party would also introduce a charge on water used for irrigation with the money raised going toward water clean-up initiatives.

Federated Farmers spokesperson Ian Mackenzie said it was totally inappropriate for large farms to have to fence every along every waterway, especially in certain areas of the country.

"Just imagine the McKenzie Country where there's a creek or tarn every two hundred metres from the top of the Basin - if that was covered in fences it would just destroy the landscape and destroy the amenity value for the general public."

Mr MacKenzie said the policy was a copy of National's plan to fence dairy cattle out of streams.

But Green Party co-leader Russel Norman said at the launch of the policy National's plan was a token gesture.

Dr Norman said the fences needed to be set back from the waterway in order to create a buffer zone of vegetation and the party would set up an expert panel to determine the size of that zone.

Dr Norman said the Greens would set up a $100 million fund over three years to encourage farmers to plant in that buffer zone.