There are signs of a turnaround in export log prices after a slump earlier this year because of a supply glut in the industry's biggest market, China. 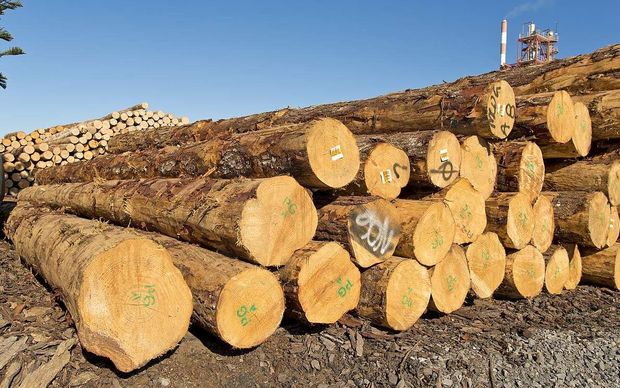 The Forestry Contractors Association has said it will be difficult to anticipate when the log trade will recover. Photo: PHOTO NZ

Market analyst NZX Agrifax said there had been a slight lift in log prices over the past month after they bottomed out.

However, it said supply was still exceeding demand in China, which could delay a sustained price recovery.

The forest industry will be hoping those prices recover sooner rather than later.

The biggest impact from the slump in log prices has been on smaller scale plantations and farm forestry blocks, where there had been a surge in logging before prices fell.

Harvesting on those blocks has ground to a halt and work has dried up for logging contractors felling the trees.

Forestry Contractors Association chief executive John Stulen said it was difficult to anticipate when the log trade might recover.

"Talk about Chinese whisters, it's really hard to work out. There's a lot of wood in the market and last reports were that inventories at Chinese ports are clearing slowly, but there's a lot of speculation and hearsay," he said.

"What's really happening is China's still growing. That growth rate has had a hiccup and it's really hard to see where New Zealand logs fit into that real estate picture in China.

"It's really hard to see whether that market's going to have short-term pain or some sort of longer term correction."

"In 2008 there was a dramatic drop. K-grade logs got down to $65 and we're not down at that level now, and then there was a slow climb out of that trough, to the peak of earlier this year, when those same logs would have been worth $130-140," he said.

"So they more than doubled within five years, but now they're back, somewhere halfway in between those two figures."