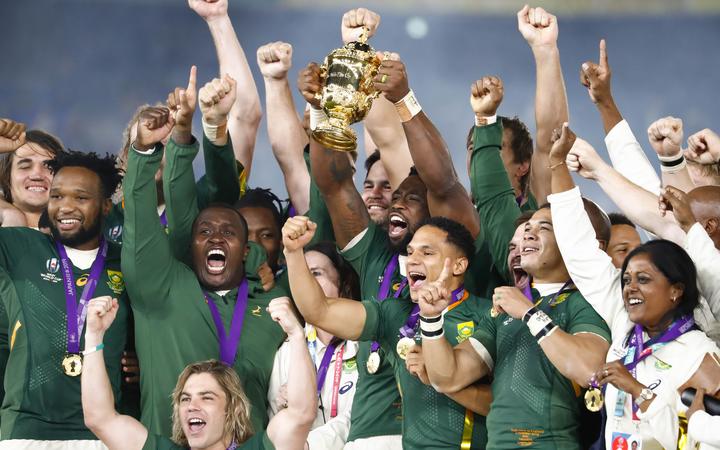 It's been an adequate Rugby World Cup. We finished with a worthy winner, had an upset or two along the way and some patches of useful footy, but I honestly wouldn't miss the tournament if it was never staged again.

Not because I don't like rugby, more because so much of the event remains predictable and mediocre. Until World Rugby can improve the lot of the tier-two teams this tournament borders on a waste of our time.

At least we got a good final

In the interests of full disclosure, I admit I watched Tonga beat Australia in Saturday's rugby league test and then went to bed.

Imagine my surprise, then, to catch South Africa's 32-12 world cup win over England and find it was far from an annihilation. To read the post-match reports you'd have thought England capitulated, but the truth was rather different.

This was an excellent match, in which both teams played a good style and standard of football. At 18-12, with 15 to go, it was also right in the balance, until the Springboks scored tries through wings Makazole Mapimpi and Cheslin Kolbe.

South Africa's defence was outstanding and they deserved to win, but England were far from disgraced.

The interesting bit is that England can kick on from here but the Springboks probably can't. Their structures below Test rugby are poor and player depth thin.

Coaching is a big issue too, given the transformative process the country remains in.

Rassie Erasmus has enjoyed a phenomenal two years in charge, including a win and a draw against the All Blacks in New Zealand and Rugby Championship and World Cup titles, but he's stepping aside now and history says his replacement might not achieve the same success. 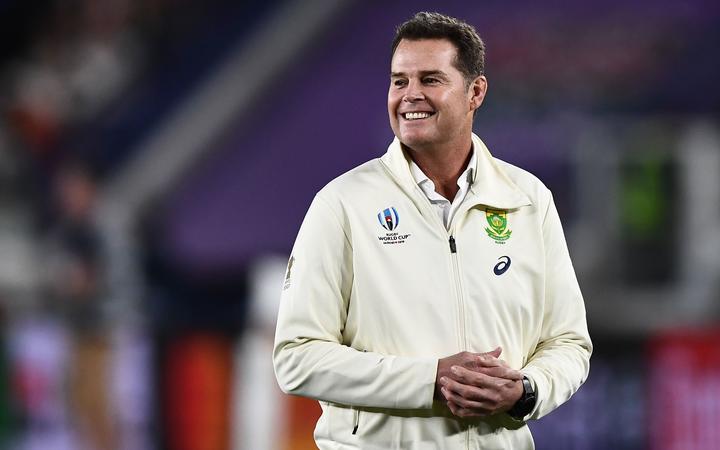 If a star's re-emerged at this tournament, then it's Jones.

To the All Blacks, then

Their 40-17 win over Wales was a creditable way to finish. Good servants such as Ben Smith and Ryan Crotty were able to showcase their skills one last time, while Sam Cane and Scott Barrett shone yet again.

Such is the nature of third-place playoffs, though, that there's not a lot else to say about it.

You wish him very well in All Blacks retirement. Graham Henry was a tough act to follow, but Hansen quickly made the team - and the world rugby stage - his own.

His All Blacks teams have played good rugby, won far more often than not and represented the country well.

I'm not one to derive their own self-worth from the deeds of the national rugby team or to put people on pedestals, but you have to acknowledge the way Hansen and the players have showcased New Zealand to the world.

Sporting success can do weird things to people. There are a few basketballers and NFL players and footballers and golfers and motor racers whose antics I don't particularly care for, but Hansen kept the All Blacks' feet on the ground.

They knew the people they were playing on behalf of, and the legacy they were trying to uphold, and generally did it was modesty and class. There's not a lot more you can ask for.

The knockout phase of the world cup was fine, but pool play was not.

Overall it was a poor advertisement for the game and showed how ill-equipped most teams were to compete on this stage.

Not every team goes to the football world cup with a realistic chance of winning, but at least they turn up physically fit and with strong qualifying campaigns and match-practice behind them.

Only New Zealand, South Africa and England arrived in Japan with legitimate title hopes and World Rugby are kidding if they think that's good enough.

Other teams, such as France, Ireland, Wales, Argentina and Australia, at least had the opportunity and resources to succeed, but that still leaves 12 sides simply making up the numbers.

Japan (with their New Zealand coaching staff and multinational team) were a nice surprise and Semi Radradra shone for Fiji, but there was precious little else to enthuse about. 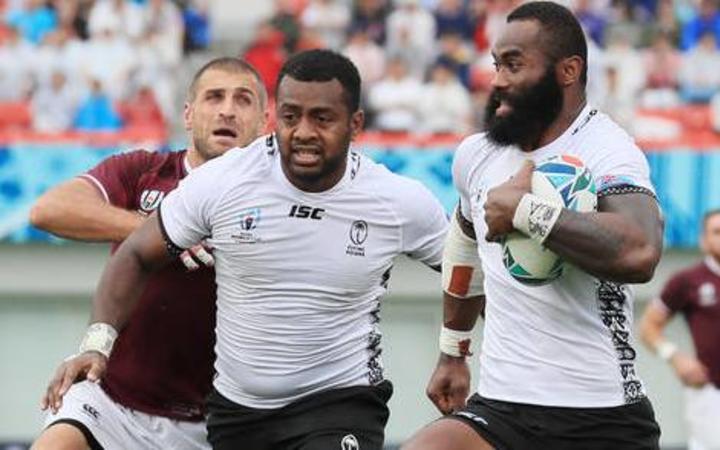 Semi Radradra on the run for Fiji in the Rugby World Cup pool play. Photo: AFP

The Pacific Island sides were the disappointment most predicted and, honestly, what's the point of Italy and Scotland? They remain protected Six Nations species', but really contribute nothing.

They're another example of teams made up of guys from all over the place, who never get any better and aren't interested in seeing anyone else improve either.

Proposed tournaments such as the Nations Championship, with its talk of promotion and relegation, were a threat to their special status and so we're left with the status quo.

A status quo in which Eddie Jones knew, right from when the draw was made nearly three years ago, that England would get the All Blacks in a semifinal and then the Springboks in the decider.

World Cups need a bit more uncertainty than that.