New Zealand sailors Blair Tuke and Peter Burling head into Rio as one of the clear favourites for their event, the men's 49er. 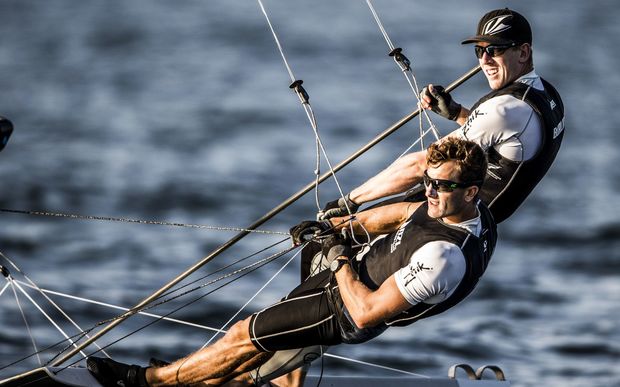 The pair burst onto the international scene at the London 2012 Olympics winning the silver medal.

They were the youngest pair in the 49er class at the games, with Burling aged 21 and Tuke 22.

Straight after London they immediately set their sights on winning gold in Rio.

Since then they have become the dominant combination in the class, winning 27 successive regattas.

They were the first sailors to win four consecutive 49er class World Championships in 2013, 2014, 2015 and 2016, and in 2015 the International Sailing Federation named them the World Male Sailors of the Year.

Blair Tuke learnt to sail while at Kerikeri High School in Northland.

In his first major international regatta he finished second in the Youth World 29er Championship, and repeated the feat a year later.

Peter Burling started a little earlier and was in a boat by the age of six and competing in Tauranga by the age of eight. He was sailing in his first Optimists Nationals at nine years old.

He made his way into P Class and then 420's, and as a 15-year-old teamed up with Carl Evans to become the youngest ever world champion.

He defended the title a year later and also won the under-18 world championship.

Both Burling and Tuke are members of Team New Zealand's America's Cup campaign.

Helmsman Burling feels their time with Team New Zealand has been beneficial.

"We believe they can compliment each other really well and we've proved over the last couple of years that it can be pretty successful."

Unbeaten since London 2012, Burling said they had tried not to think about their domination in the class. "The end goal for us has been pretty clear for a long time and we want to try and win a gold medal in Rio."

"For Blair and myself we just want to keep improving and keep getting better in all the areas we think we can get better in, if you're not moving forward then people are catching you."

Asked about their chances in Rio, Burling said, "We're really happy with where we are at but we're under no illusion that there's still a lot of hard work to do so you've got to keep pushing, but we're really looking forward to the challenge."

Sailing will be held on Guanabara Bay in Rio with the 49er class to compete in 12 races, with the top 10 then progressing to a medal race.

Points are awarded after each race with the winner getting one point, the crew with the lowest score at the end of the regatta wins the gold medal.