Hundreds of people were evacuated from Wellington's central library and council offices this afternoon following a bomb scare. 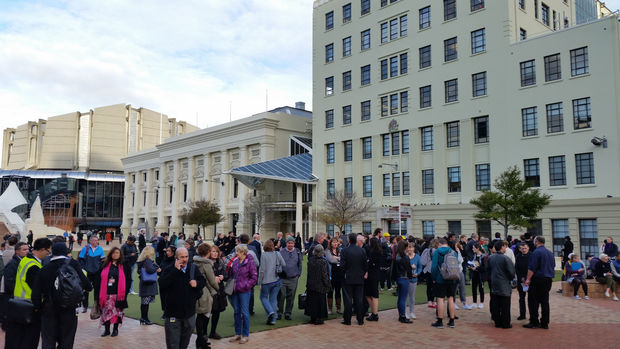 Staff and the public gather in Civic Square after Wellington Central Library and the Wellington City Council's offices were evacuated after a bomb scare. Photo: RNZ / Max Towle

The evacuation was called about 2.45pm after a suspicious package was found.

However, Wellington City Council spokesperson Richard MacLean said the package was not found to be a safety risk.

All buildings had been "swept" and were safe for staff to re-enter, he said. The library, including the underground library car park, were open to the public, and the council offices would open as normal at 8am on Thursday.

The council's chief executive, Kevin Lavery, said the police responded quickly, and the buildings were cleared calmly and safely.