A man has pleaded guilty to the manslaughter of a six-month-old baby girl on the Kāpiti Coast in July last year. 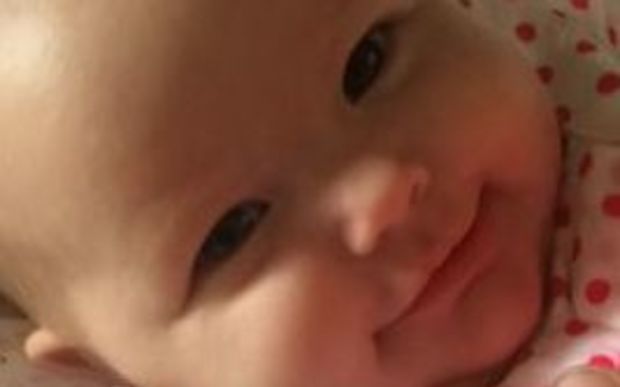 Michael Kereopa, 32, entered the plea in the High Court in Wellington this morning.

In September last year he was charged with her murder and pleaded not guilty.

Justice Ellis remanded Kereopa in custody, and he will be sentenced next month.

A police summary said Kereopa had been in a relationship with Gracie's mother, Charlotte McSorley, for about eight weeks and was left alone to look after the baby while she went to pick up another child from the bus.

Ms McSorley told Kereopa the child had been grizzly and the baby was crying and unsettled while her mother was out and resisted going to sleep.

Kereopa took her out of her cot to try and settle her and lost his temper when he could not, lashing out and hitting the baby on the right side of the head.

Medical experts said the resulting injury was similar to what might be found following a high-speed crash.

Shortly before her mother came home baby Gracie began vomiting in her cot and when Kereopa picked her up, her body was limp and her eyes were rolling around in her head.

He placed a blanket over the soiled patch in the cot and lay the baby down again and when his partner arrived home he told her the baby had been ill.

Ms McSorley looked at the child and while she appeared a little bit pale, she was not running a temperature and was still asleep, so she left her.

Later that afternoon Ms McSorley checked on her baby daughter again and discovered she was not breathing normally, and her eyes and lips were puffy.

The mother noticed bruising inside and behind the baby's right ear and the child also began convulsing.

She was rushed to Wellington Hospital in a helicopter, where she underwent surgery to remove a blood clot on her brain and reduce swelling.

The surgery was unsuccessful and the child's injuries were found to be unsurvivable and her life support was turned off the following evening.

In an interview with police, Kereopo initially said the baby had been lying in front of the fire surrounded by pillows, but had fallen and hit her head on the hearth.

He later said he had accidentally dropped the child onto the hearth when he picked her up to try and stop her coughing.

Kereopa also said he had shaken the baby, as he was angry she would not stop crying.

She died the following night after life support was turned off.