Hundreds of people have marched in unison with New Plymouth's mayor in a hikoi calling for peace after racial tension in the city.

More than 300 people gathered for the start of the hikoi this morning, a number which grew steadily as it made its way through the city, organisers said.

Mayor Andrew Judd said he was overjoyed at the support his Peace Walk initiative had received.

The three-day hikoi to Parihaka was a reaction to the negative response to Mr Judd's support for Māori representation on the New Plymouth District Council.

Mr Judd was spat at and abused in front of his children - and a racial divide opened up in the city - when he championed the introduction of a Māori ward, which was eventually thrown out in a citizens-initiated referendum. 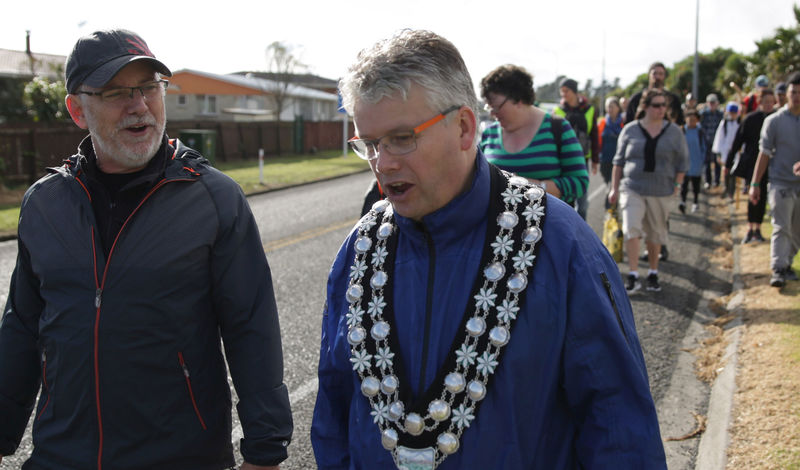 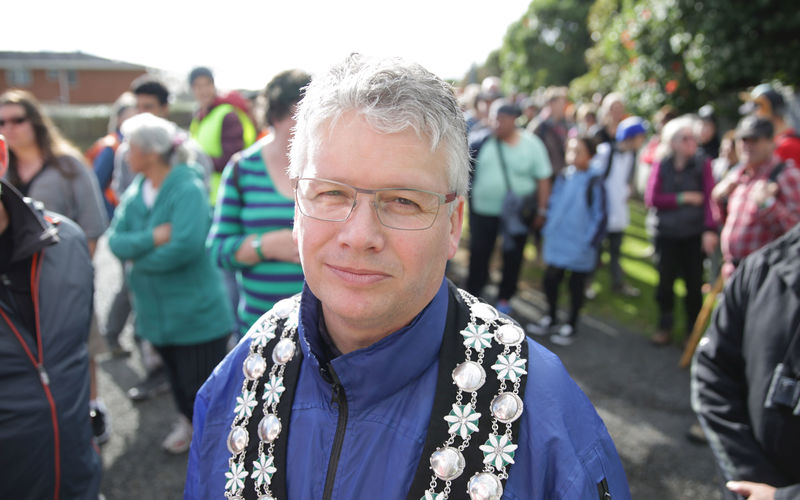 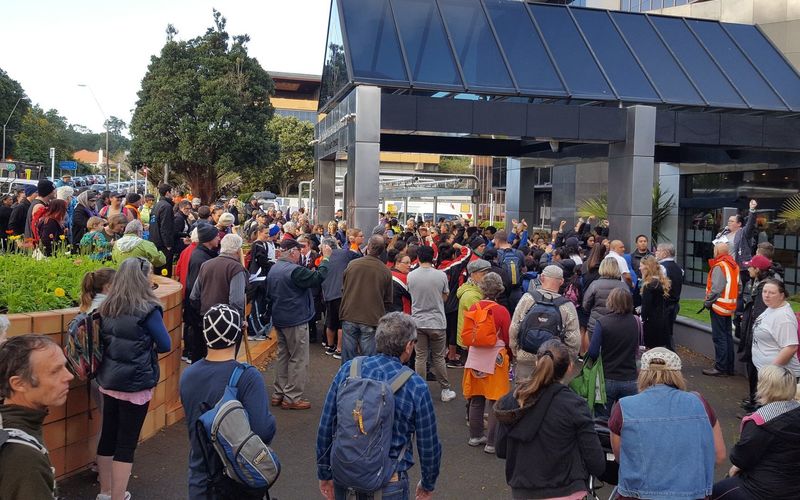 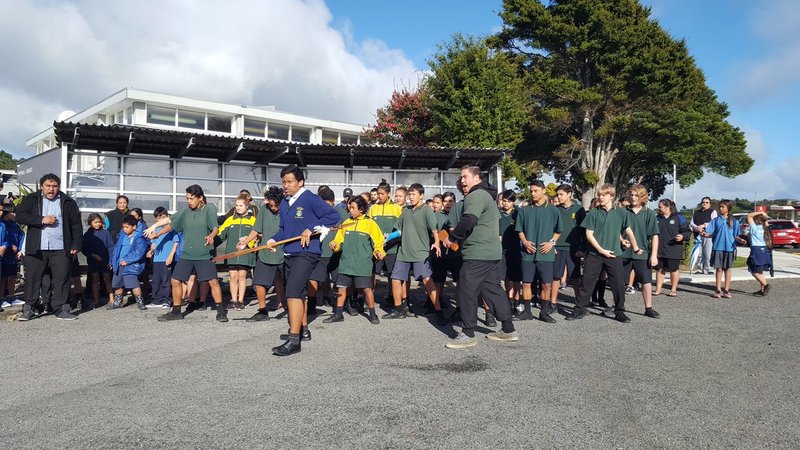 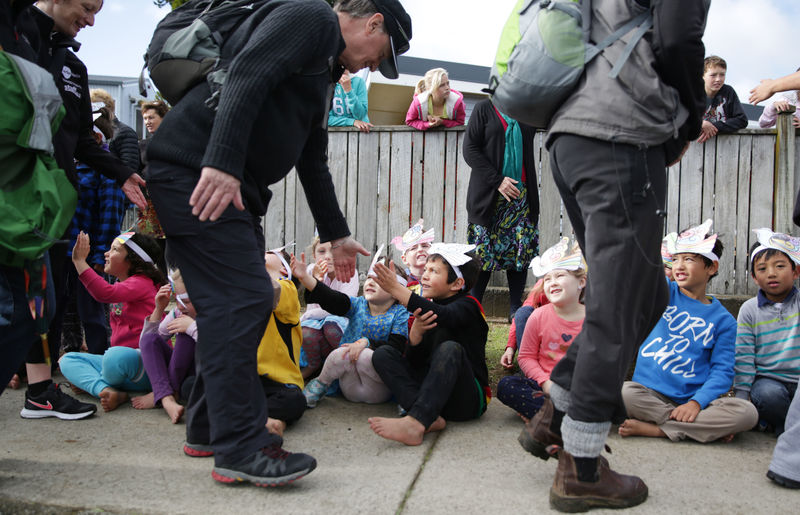 Children of Primary high five the walkers as they pass. Photo / Rebekah Parsons-King 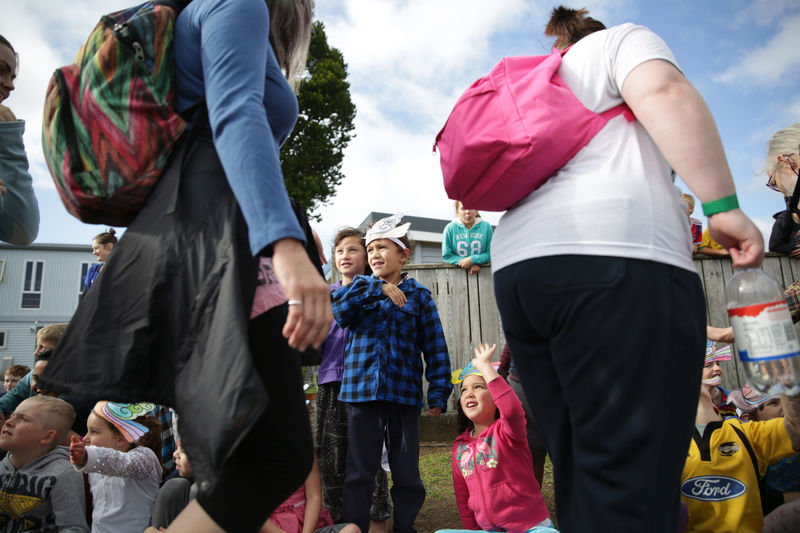 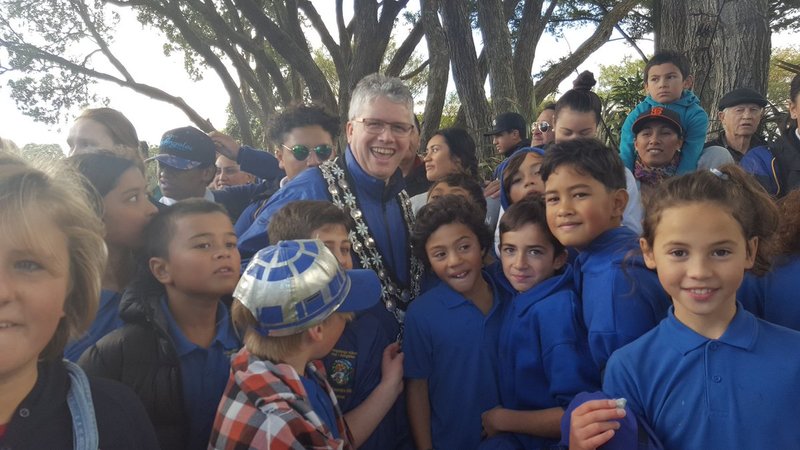 Andrew Judd among friends on the peace walk to Parihaka. Photo / Rebekah Parsons-King 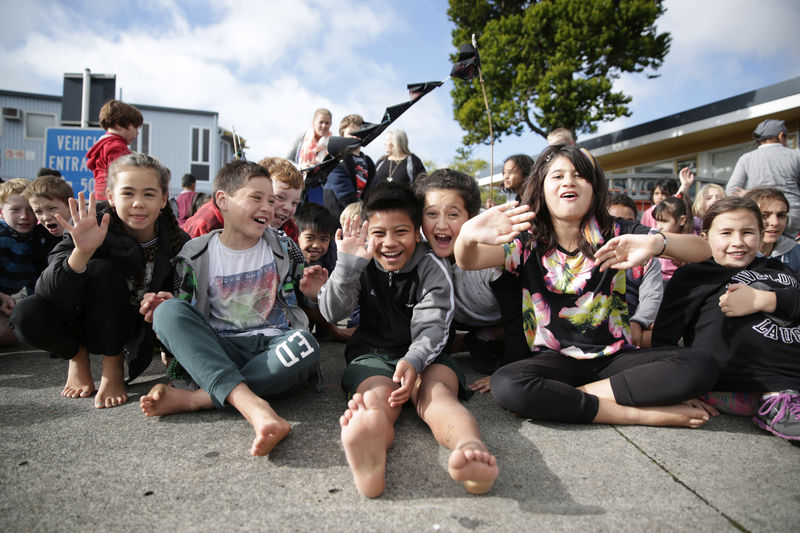 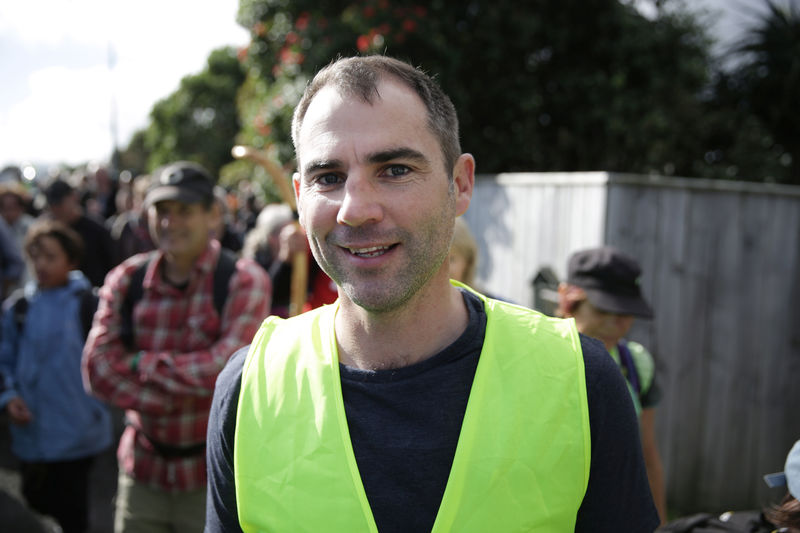 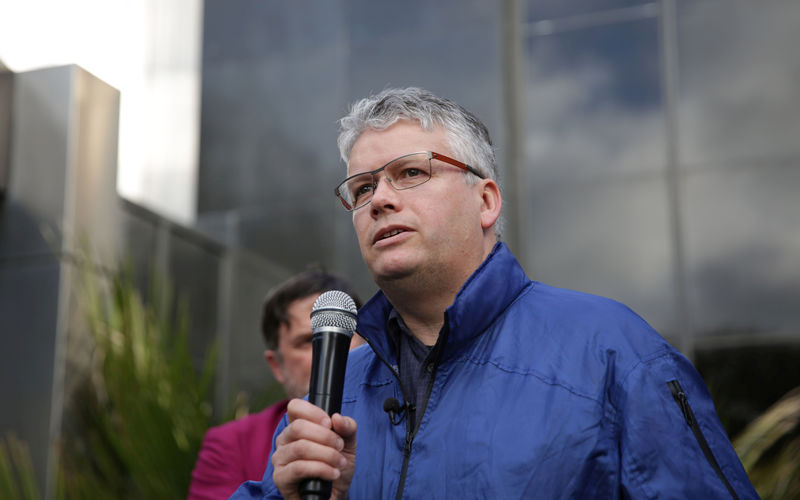 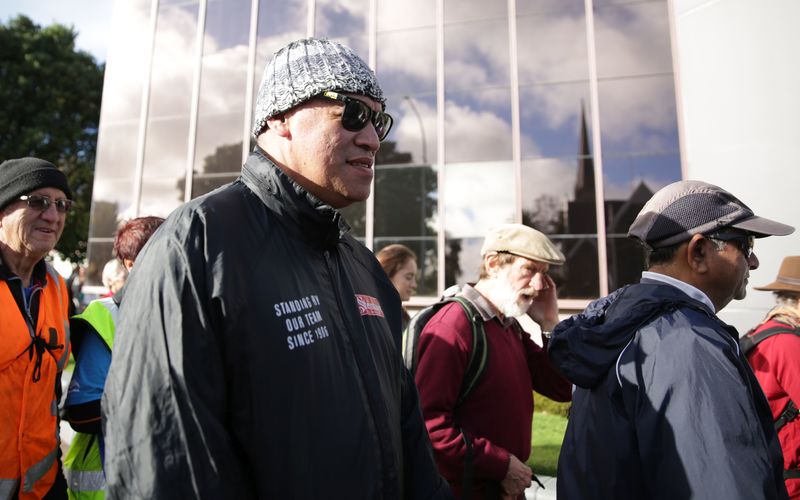 Some of the walkers. Photo / Rebekah Parsons-King 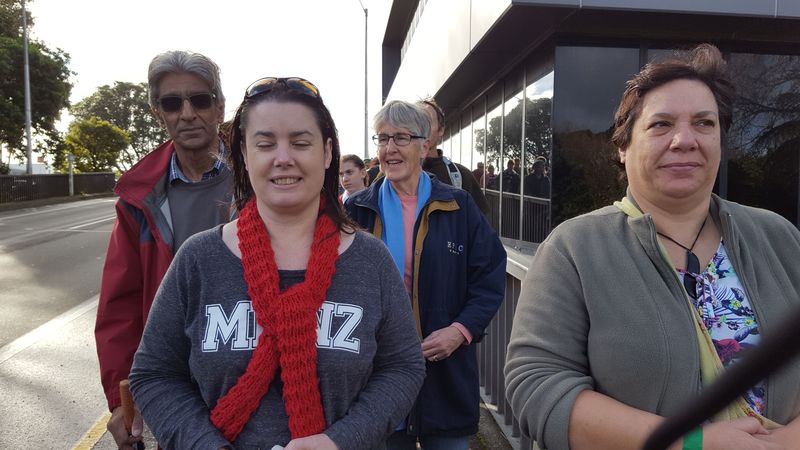 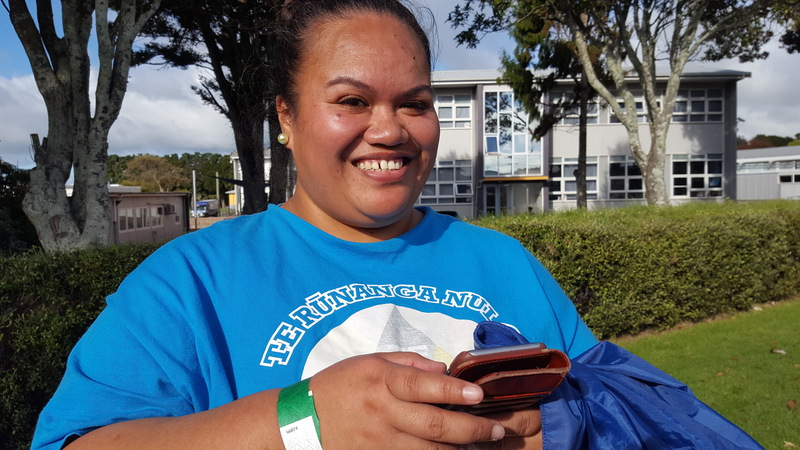 The mayor said he could not have wished for a better response to today's event.

"Oh look, this is beyond belief - this is so exciting to have so many children join with us, and people young and old to stand in solidarity together to show that this [conversation about race relations] is long overdue."

He believed he had touched a nerve common to all people.

"I guess in reality it is in all of us so all I've tapped into is the same emotions that drive humanity in general, and that is around feeling that you actually are a part of something and that you belong and that you're important and we care about each other."

A proud New Zealand was a nation that knew the rightful place of tangata whenua, Mr Judd said.

Speaking before the hikoi got started, the mayor said his challenge to every New Zealander was to ask what peace looked like in their home.

"Join me on this journey, a journey to re-educate and redefine the meaning of the mayoral chains for this district."

The hikoi got under way after a prayer for safe walking and good conversation from Anglican Archbishop Phillip Richardson.

It then stopped outside the Taranaki Cathedral to acknowledge its role as a shelter for militia during the land wars of the 1860s.

It also passed Spotswood College, where Aiken McLeod was part of the kapa haka group that performed a welcome. It was an honour to perform for the walkers, he said.

"At first I never really heard about it and then I heard the korero about what was happening ... It just ran sweet and hopefully this journey goes good for them."

The Peace Walk was an important gesture, he added. "Definitely, it's very important or else the culture will, you know, will be lost around Taranaki."

He would be helping to facilitate the community forums that would take place each evening as the hikoi concluded for the day.

"I wanted to support Andrew in trying to get fairer representation for Māori and the Māori community on our local government affairs. I think in 2016 this should be something all around the country."

Mr Hutchinson was confident it could be achieved. 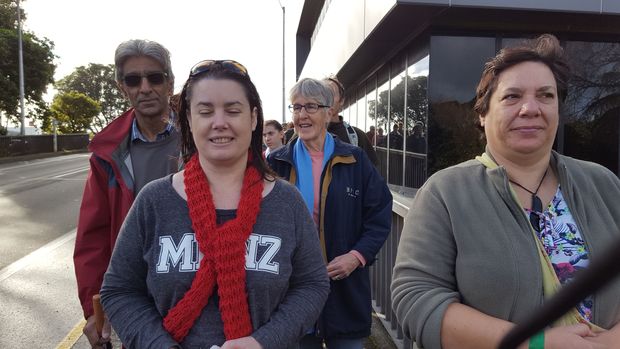 Another participant, Vicky Frewin, said she had been a target of racism so had to join the hikoi.

"I'm part Māori myself and I struggle with this a lot that I get people saying racist things in front of me, without even thinking, because they don't know and it hurts that they are thinking about a part of me like that so when this opportunity came up I thought I need to be here, I need to be part of the conversation."

Ms Frewin said she wanted to try and educate people and do something positive. 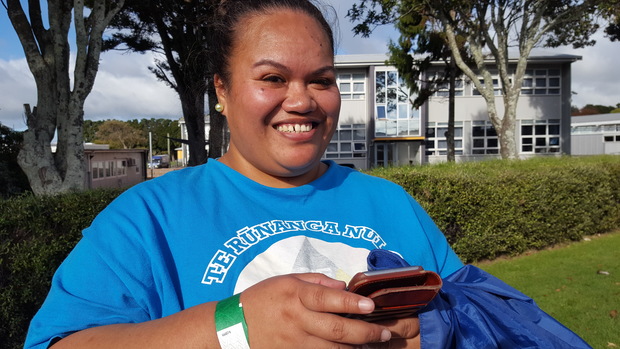 It was something she would not have wanted her charges to have missed, she said.

"I definitely wanted all the tamariki in our kura to experience this kind of kaupapa in their lifetime. Our tīpuna paved the pathway for us. So for us to connect to the historical korero of Taranaki is pretty amazing."

Ms Kake said she had been shocked at the treatment of Mr Judd.

The first leg of the hikoi ended with a community forum in Oakura this afternoon.

The hikoi will move onto Okato tomorrow before wrapping up at Parihaka on Friday.