The planting of nine native trees on the summit of Auckland's Māungakiekie, or One Tree Hill, this morning is being hailed as a new start for the city.

It was hoped at least one of three tōtara or six pōhutukawa would thrive and replace the original totara that was cut down by settlers in the 1850s. 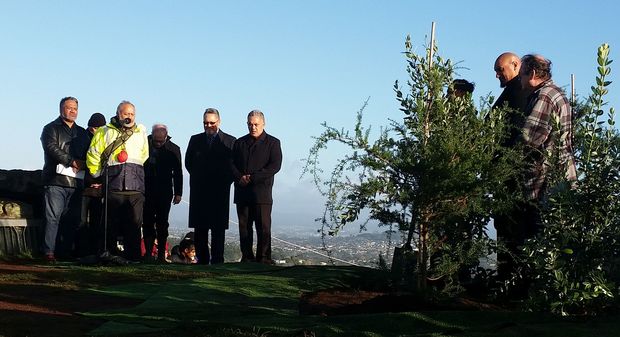 The trees were blessed during the ceremony in Auckland. Photo: RNZ/Anusha Bradley

The trees were planted at dawn by representatives of Auckland iwi, who welcomed dignitaries to the summit with a powhiri.

Some of the pōhutukawa planted were from seedlings found growing in the former Monterey Pine that stood on the summit, before it was chopped down 16 years ago. 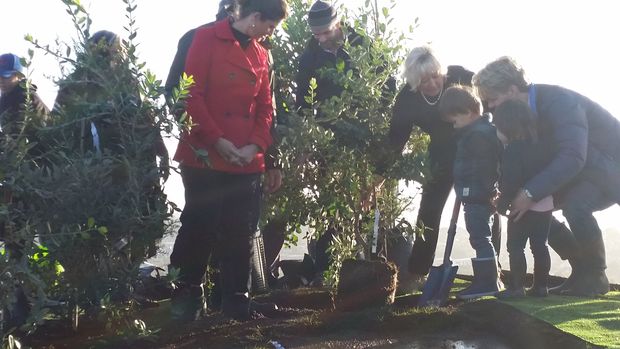 Auckland councillor Christine Fletcher planted one of those trees with her grandchildren.

"The pōhutukawa that we plant today are the fifth generation of those very seedlings, so we've come full circle and in seeing these planted it gives me enormous pleasure, and I wanted to share that experience with my grandchildren."

Tupuna Maunga Authority chair Paul Majurey said the trees would be protected to ensure their survival.

"There's going to be the group of trees, a shelter belt and there's going to be fencing all around protecting it. There's no issue we think in terms of any concerns over the safety of the trees, it's really about it being a very harsh environment," he said. 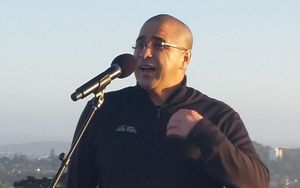 Today was a momentous occasion that should not be underestimated, he said.

"This event is a momentous milestone for this taonga, for Mana Whenua and for the people of Tāmaki Makaurau. To Mana Whenua this Tūpuna Maunga was once known as 'Te Tōtara i Āhua' for the single mighty tōtara tree that stood at the tihi. That tōtara was lost in the mid-1800's. Today native trees rise once again." 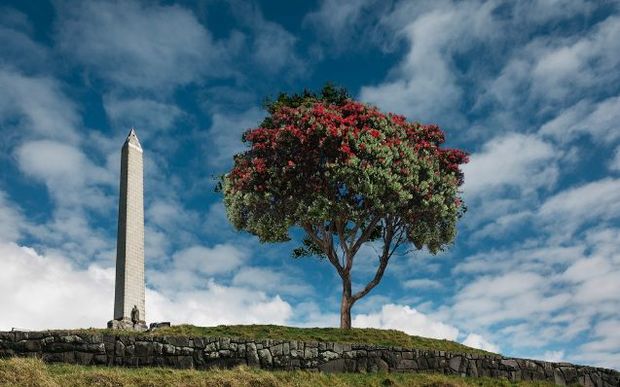 An artists impression of the grown tree. Photo: Supplied

Auckland Mayor Len Brown also planted a tree. He said it signified a new era for the city and represented a united Auckland.

Tonight, a beam of light would shine upwards from the summit of Maungakiekie to the heavens to mark the tree planting event.

Over the course of several years, and overseen by arborists, a process of selection would see the stronger trees emerge. The aim is that after a decade, a single pohutukawa or tōtara will remain standing on the tihi.