Two teenagers were at the house where police shot a man dead in Paeroa on Friday.

Police told a news conference they went to the private address in the small eastern Waikato town after reports of an individual being threatened with a machete.

Acting Assistant Commissioner Bruce Bird said police received the call, in relation to a domestic incident, about 8.10am and arrived about 8.28am.

When police officers got to the house they were attacked, he said.

"Then police officers shot dead a 57-year-old male at the address."

The shot was fired outside, and while police had access to tasers, they didn't have the chance to use them, Mr Bird said.

Three officers attended the incident. None of them were injured.

Officers provided first aid to the man, while an ambulance was called, but he was later declared dead. 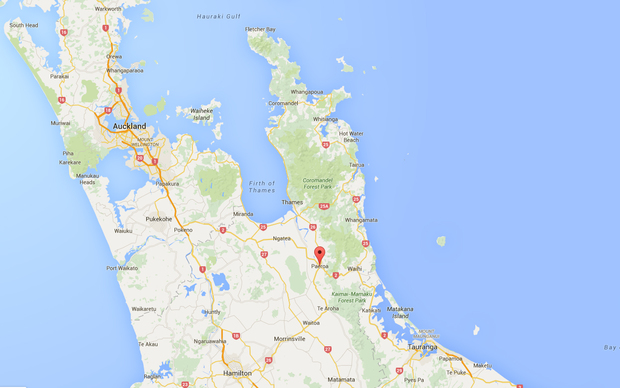 Paeroa is a small town in the Waikato Photo: GOOGLE MAPS

"It was a very fast-moving, dynamic scene," Mr Bird said.

"From what I understand at the moment he had both a slasher and a machete."

Mr Bird said he did not have all the details at this stage as not all the officers involved had been interviewed.

"As you can imagine the officers concerned are going through a real emotional time... and we haven't been able to speak to them.

"They were fearing for their lives and that's why they used the firearm."

Paeroa was a small community and police knew the man who was killed, Mr Bird said.

The woman and the two teenagers who were at the house during the shooting are related. They, along with the 57-year-old man, all lived at the address.

The woman and teenagers were receiving victim support and would be interviewed later today, Mr Bird said.

The scene has been cordoned off and police said a thorough investigation would be launched.

Police would reconstruct the scene, and Mr Bird said more details should come out in the next few days.

The Independent Police Conduct Authority has been advised and an investigator will arrive in Paeroa this afternoon.