Auckland rail commuters could be riding in battery-powered trains within a few years if the city's transport agency can find the right technology - and the money. 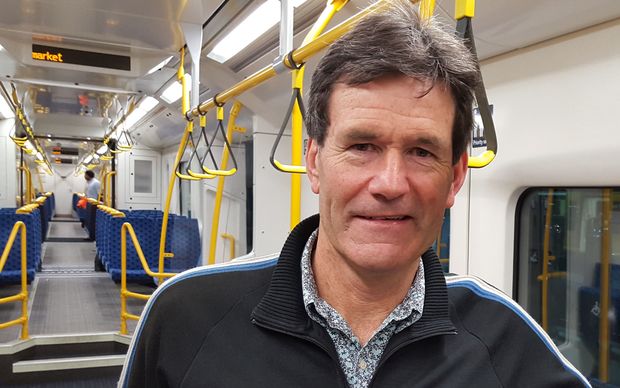 Auckland Transport said a new fleet of electric trains with large battery packs would be able to serve towns beyond the end of the electrified network.

The agency has been working for more than a year on the project, along with the Spanish train-builder CAF,which supplied Auckland's 57 new electric trains.

Adding four-tonne battery packs to a new fleet of electric trains is being studied as a cheaper option to extending electrification to the southern town of Pukekohe.

Commuters there have to shuttle in ageing diesel trains to reach the electric trains at Papakura.

"There's been some developments in the UK, last year rail network owner funded a trial for battery-powering an electric unit and it was very successful," Mr Major said.

"Consequently we looked at the feasibility of doing it in Auckland. The Spanish manufacturer CAF is very confident, to the extent that six months ago we thought we'd need to build a prototype, but now we think it's more about just finding the right battery."

The hybrid trains would need a range of 36km to travel beyond the end of the overhead lines at Papakura, to Pukekohe and back.

Mr Major said up to 18 trains could be needed to serve the needs of Pukekohe as well as because of rising rail patronage.

The technical project has yet to conclude, and Auckland Transport has not yet considered how a fleet of new trains could be funded.

The latest of the city's 57 electric trains entered service just a few months ago.

The $330m budget to buy further trains as part of the City Rail Link project was removed by the Auckland Council nearly two years ago in a cost-cutting move.

Auckland Transport would need to make decisions soon, however, as the ageing diesel units currently shuttling between Papakura and Pukekohe will need to overhauled in several years if they are to stay in service.