A fire which has gutted Christchurch's 152-year-old Risingholme Community Centre is being treated as suspicious. 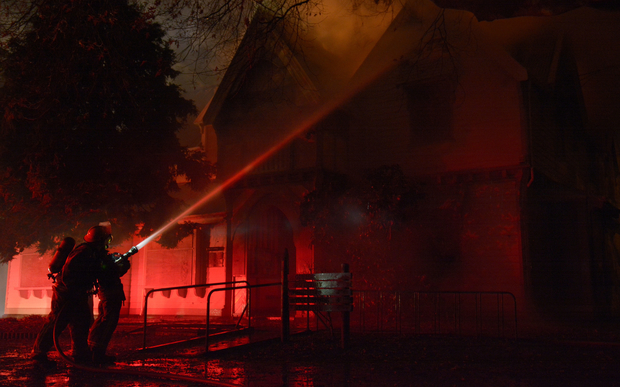 The fire service was called to the Cholmondeley Avenue address in Opawa about 8pm on Monday night.

Fire spokesman Daryl Ball said when firefighters arrived after an automated callout, they could not find the cause. But when they did spot the small fire, it grew quickly and razed the old wooden building.

"It took quite a while to put the fire out. The message came through that fire was extinguished at about 4 o'clock in the morning,"

Fire Risk Management principal advisor Ian Duncan and a crew of investigators were at the building this morning, establishing the cause of the blaze.

"At this stage we know the fire started at the back of the building and has then spread to the roof space.

"The fire is being treated as suspicious, so we have been up and taken photos of the roof so we can figure out what happened," Mr Duncan said. 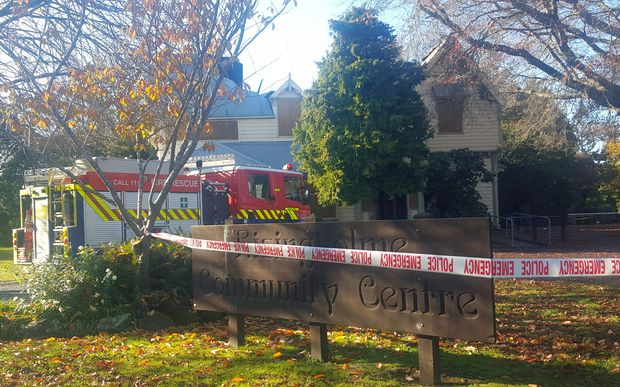 The scene at the Risingholme Community Centre, the morning after the fire. Photo: RNZ / Sally Murphy

Alex Hoggan lives next door to the property and said police checked the building on most weekends.

""It was only about a month ago that the windows were boarded up because it has been vandalised so many times, I can often see lights and hear the kids inside," Mr Hoggan said.

He said it was sad to see the building in such a state.

"It has been used for so many things, a caretaker lived in there for about 20 years before the earthquakes, since then it has sat empty."

The house was built by William and Mary Reeves, parents of the politician William Pember Reeves. 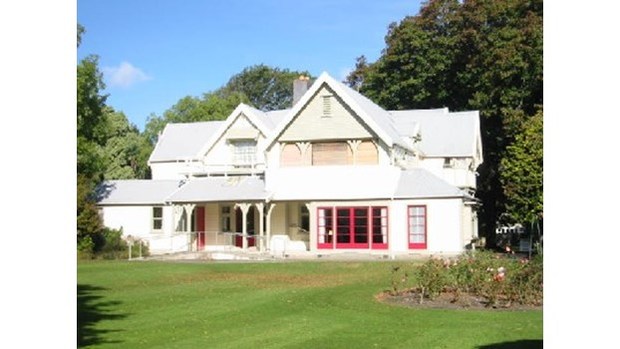 It was owned privately until 1943 when it was bought by J. R. McKenzie and presented to the City of Christchurch for the "health, amusement and instruction of the public".

Risingholme hosted a range of community education and school programmes.