Low wages and long hours are behind the recent spate of log truck rollovers, a Northland man who drove trucks for 30 years says.

Seven log trucks have crashed in the past seven weeks in the region, mainly on bends.

Gordon Leddy says competition between freight companies has become a race to the bottom. 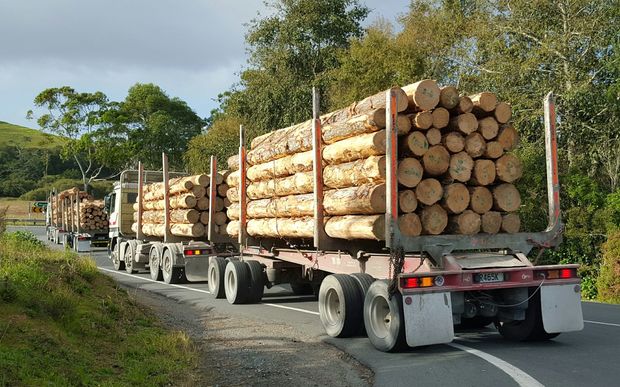 Many drivers these days are inexperienced and fatigued from working crazy hours - for a pittance, he said.

"The lack of experience that they've got around the place at the moment is due to the fact that we have a lot of good truck drivers who are not driving any more.

"That's because of the low wages, the conditions and the hours they've got to work."

Unions agree with Mr Leddy, saying fatigue and inexperience are behind the increase in log truck crashes in Northland, where drivers average $18 an hour and work 70 hours a week.

They're also under pressure from companies who've won contracts at rock-bottom prices, to put in three trips a day to the port, rather than the two that would be safer, Mr Leddy said. 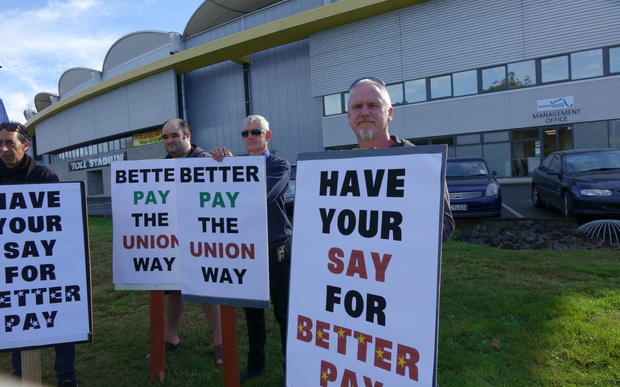 A union led rally in support of low paid truck drivers outside Whangarei. Gordon Leddy is on the right. Photo: RNZ/ Lois Williams

He was among a small group that rallied to support truck drivers, outside a rollover prevention seminar in Whangarei this morning.

These days he runs a bar in town - a job he says gives him more family time.

"The job's hard on families. You start work at 2am in the morning; you might not get home till 5pm and then you've got to get to sleep by 8am so you can get up and do it all over again."

The Road Transport Forum says the cost of freight will have to rise if log truck drivers are to work shorter hours for better pay.

The forum's chief executive Ken Shirley said that's a result of fierce competition and a race to the bottom as transport companies undercut each other for contracts.

"Freight rates have been driven down over decades, and part of that is everyone has been pushing all the boundaries to try and make it work.

"And it's a general message out to the whole country that we're going to have to pay more in freight rates to ensure drivers don't have to work 70 hours a week, because I believe that's too much."

The Road Transport Forum was helping to run driver safety seminars around the country in a bid to reduce the number of log truck rollovers, Mr Shirley said.