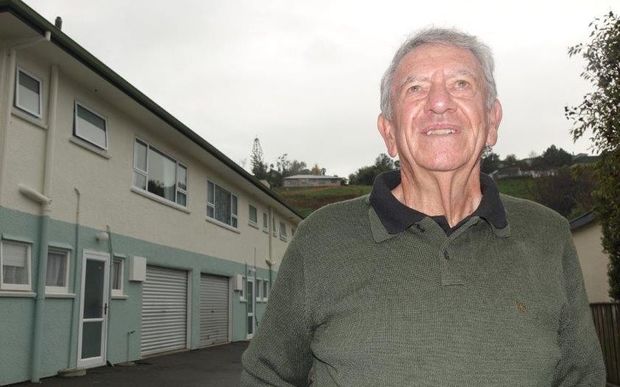 Seddon Marshall says a lot of today's housing problems would be sorted if rent was automatically deducted, which would reduce the risk of people getting caught in a cycle of evictions. Photo: RNZ / Tracy Neal

Nelson man Seddon Marshall believes there is a simple way to address the growing housing problem, and that tools are available to the government to ensure families remain in stable rental housing.

Mr Marshall has been in the building industry for 65 years and has provided low cost rentals and affordable homes throughout the region for 50 years.

He said a system was needed where beneficiaries' rent was paid direct to the landlord. He said disruption to children was huge when families were displaced from homes they could not pay the rent on.

"The government has not yet caught onto the fact that if they made sure anyone on a benefit had rent paid direct to landlord, they wouldn't have the problem of people not paying their rent and then losing that property, and it costs every time they move.

"It's a huge disruption to children - they lose continuity of school and community and a lot start to rebel and end up in a poor situation. A lot of that could be sorted out and helped if you stabilise those families in secure accommodation. If that happens, most of the other problems you can deal with."

Mr Marshall is former national president of New Zealand Property Investors Federation and was heavily involved with forming legislation towards creation of the Residential Tenancies Act in the mid-1980s.

He is approaching 80 and has decreased his housing portfolio in recent years, but demand remained heavy for low-cost rentals. He often received up to 40 inquiries for something like a two-bedroom Richmond rental unit for $280 per week.

"It's extremely hard now to build at low cost because you're either stuck with a high price section, or one you have to spend a lot on to make it usable." 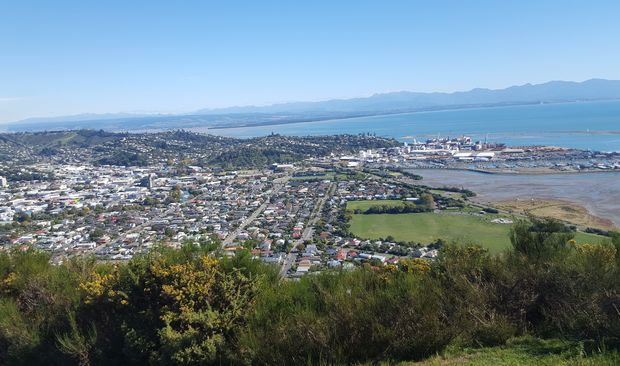 Mr Marshall said a contributing problem around housing was the increasingly itinerant population.

"Society has changed - people move away from home towns and support networks, but people who are homeless - that's another issue. Many have big problems and they need one-on-one care, and I've ended up housing a lot of them in the past.

"They have many issues, including less understanding of money, which means they tend to lose their house because of non payment of rent.

"If you're being cruel you'd say these people are hopeless and if you're kind you'd say they've got big problems. I've always treated them as having problems."

Mr Marshall believed it was time for an increase in the accommodation supplement for those on limited incomes, but he was not hopeful today's Budget would deliver on that.

"The supplement needs to be enlarged to take into account the rents that are having to be paid by people. In some cases I believe they've fallen behind and people are going into accommodation not really suitable for them because they just can't afford something a little bit better."

Mr Marshall said homelessness was not the domain of just the poor - it happened to a range of people.