An Otago community's dream of putting up its own windfarm has been challenged by the people living closest to the site. 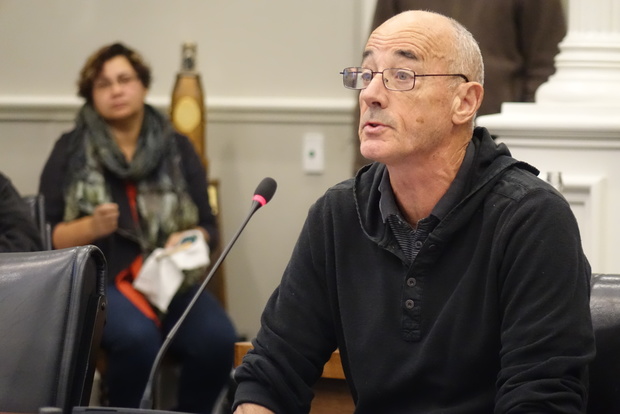 Andy Barret questioned the benefit to the community of the project. Photo: RNZ / Ian Telfer

A resource consent hearing on the Blueskin Energy project is under way in Dunedin. It would be New Zealand's first community-owned windfarm.

Today three sets of residents on Pryde Road, just a few hundred metres from the proposed site, spoke passionately about their fears.

They said the windfarm would have a massive impact on their lives, ruining their rural paradise with 90m towers, night noise and bird deaths.

Others questioned the lack of a public business plan, the quality of technical reports and the benefits to the community.

Six submissions were positive, saying the plan was exciting and held the key to local energy generation, but only two of those were from people living in the area.

The plan is to put three wind turbines on Porteous Hill, above Blueskin Bay estuary about 25km north of Dunedin.

Andy Barratt, who lives nearby, told the hearing he had long supported the community trust driving the project, and its aims, but he said there must be better sites.

He said the wind turbines' effect on close neighbours was too great and the benefit to the community very questionable. 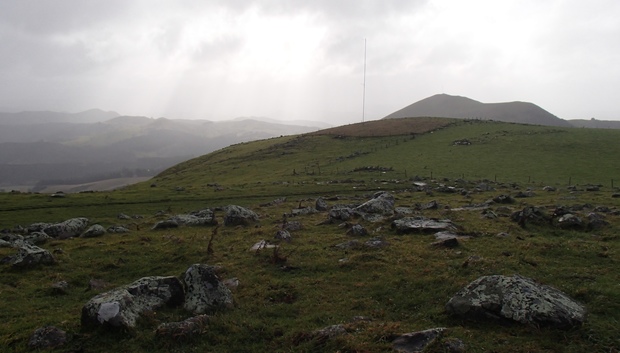 The 30m testing tower in the distance is the proposed site for one of the turbines. Photo: RNZ / Alison Ballance

Lawyers for two property owners closest to Porteous Hill then argued the plan had to be rejected because the impact on them, particularly their views, would be too high.

Landscape architect Jeremy Head said the windfarm was an industrial development which would loom over the sensitive Blueskin Bay area.

"It's an overscaled, unusual addition to what I consider an intact rural landscape.

"The turbines would appear ambiguous and in my opinion the landscape is currently coherent and it maintains the anticipated rural character very well."

Mr Head said the windfarm would be too close to houses and needs to be sited somewhere else. 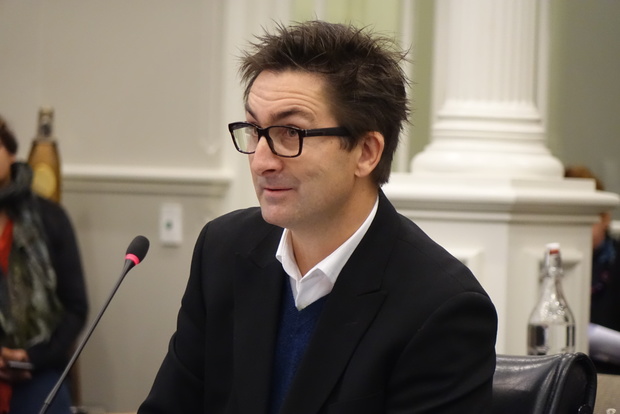 Supporters of the project spoke to the hearing this afternoon.

Jen Rodgers, who would be able to see a pioneering Otago windfarm from her window, said she loved the idea.

"I live in Waitati and I'm quite excited about the project, even the fact of being able to see it from my place, and that's because it's a physical representation of a community doing something to be resilient - and they're thinking about the future."

Ms Rodgers said the windfarm would be a New Zealand first to reduce reliance on oil and carbon, and should be copied.

The 140 submissions received were evenly split for and against the windfarm. 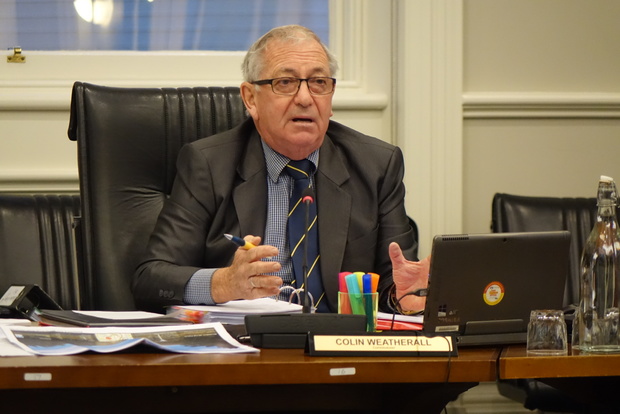 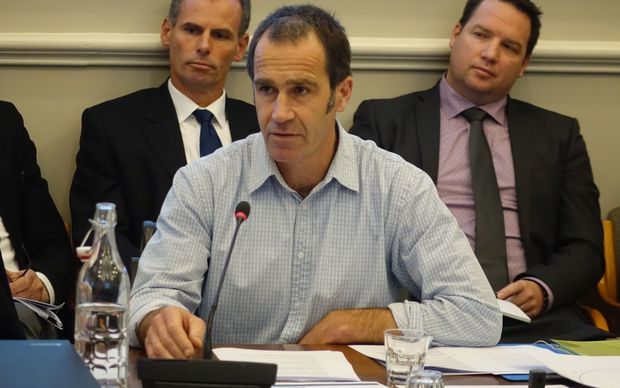 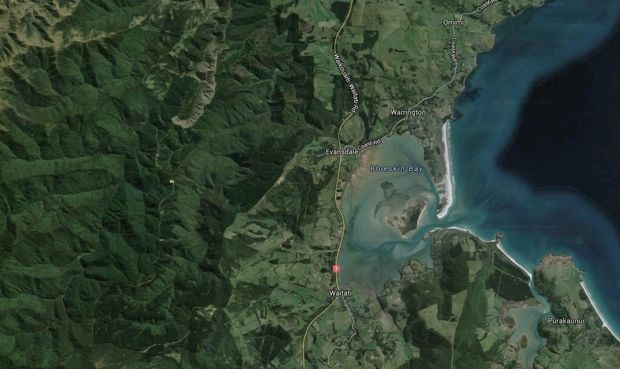 The proposal is for three wind turbines on Porteous Hill, above Blueskin Bay. Photo: Google Maps