The role of land supply in creating Auckland's housing shortage is contested by some - including the Auckland council. Photo: RNZ / Kim Baker Wilson

The Unitary Plan is due to be in place by September with a critical, and as yet unknown, component being the intensity and location of higher density housing in the rapidly-growing city.

The plan is being drafted by an independent, semi-judicial panel that will recommend a version to Auckland Council in July, leaving local politicians to make the tough choices.

Government-backed submissions from Housing New Zealand and the Ministry for Business, Innovation and Employment, have called for higher density than the council's own submission.

In pre-Budget comments, both Finance Minister Bill English and Building and Housing Minister Nick Smith have referred to the importance of the plan delivering enough future housing capacity.

In his only media interview, the chair of the independent panel, Judge David Kirkpatrick told RNZ News they were aware of the political talk.

"We're not closed off from the world, but adopted as a principal at an early stage to have an evidence-based process," said Judge Kirkpatrick.

"So even though we're aware of some of the discussions and proposals out there, they don't come into our deliberations."

The government believes inadequate land zoned for housing in Auckland, has been a core factor in rapidly rising prices, and a slower build of new homes than needed to meet demand.

The role of land supply in creating Auckland's housing shortage of up to 30,000 homes is contested by some - including the council itself.

A majority of councillors rebelled in February, voting down the council's revised submission to the independent panel, which had sought to further boost in some areas, the level of housing density it was seeking.

But it's a move which appears to have failed, with the withdrawn evidence able to be adopted by other submitters, although without council staff appearing in person. 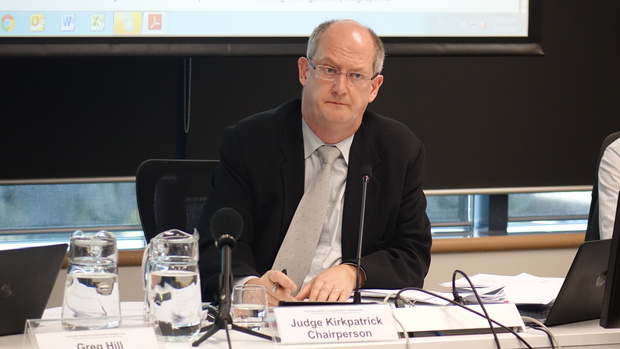 Judge Kirkpatrick said the council's revised position remained among the evidence the panel is weighing up.

"The council withdrew it in terms of a position, but Housing New Zealand moved to call those (council) witnesses by seeking to summons them," he said.

"The witnesses didn't actually appear in front of us, but what happened was that their statements of evidence were formally produced to us by Housing New Zealand which has been running a case, based on its submissions, seeking higher density in a number of areas.

"So that issue was alive in front of us all the way through, even though the council's position did not pick up on the evidence that it had initially lodged."

Two big unknowns remain with the Unitary Plan - the level of housing density and urban sprawl that will be recommended, and how councillors will respond when they have to vote it into being.

The councillors' decision will be made in the last weeks of their election campaign.

So on what grounds can they reject the panel's recommendations?

Judge Kirkpatrick said that could be if the council didn't believe the recommendation reflected the evidence - or take into account relevant planning matters.

The consequence of the council rejecting a recommendation from the independent panel, would be that submitters who had argued that issue, could take a full appeal to the Environment Court.

The panel is due to recommend the Plan to the Council on 22 July, and the government-set timeframe requires the council to implement or reject the plan or parts of it within 20 working days.