The independent panel considering Auckland's Unitary Plan has put off ruling on contentious housing density evidence that has been withdrawn by the council.

Auckland Council has withdrawn part of its evidence, after a political revolt by councillors unhappy that some areas were proposed for upzoning without public input. 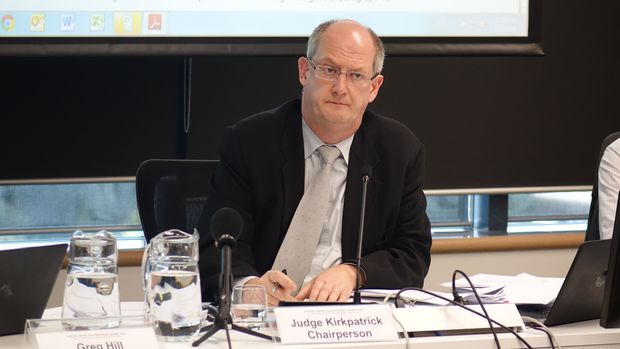 of the residential zoning hearings, because they might be quizzed on the withdrawn evidence.

Housing New Zealand, which is seeking some densities higher than the council proposed,

told the panel it wished to adopt some of the withdrawn evidence and call council witnesses.

"Housing New Zealand had relied on the council evidence, and has not had time to produce its own evidence before submitting in two days time," said counsel Claire Kirman.

The group wanted the withdrawn evidence to be struck out completely.

"Evidence is presented when the witness is sitting there and the microphone is on," its solicitor Richard Brabant told the hearing.

Judge David Kirkpatrick, who was chairing the hearing, said a decision would be made later on how to deal with the council's withdrawn evidence and witnesses.

The Unitary Plan hearings are entering their final months, with the next two including the most contentious issue of higher-density housing.

Councillors had been given legal advice prior to voting ten days ago that withdrawing only part of the council evidence would have serious legal consequences for the council proposal.