Christchurch will be invaded with troops this weekend as the Student Volunteer Army hits the streets in what is expected to be the largest mobilisation since the earthquakes. 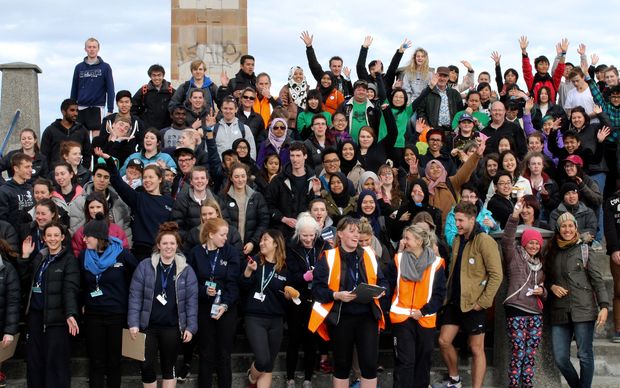 The Student Volunteer Army at a previous gathering. This weekend they're helping Woolston residents. Photo: SUPPLIED

The army was formed by a Facebook movement initiated by student Sam Johnson after the February 22nd earthquake.

Today the army will be out and about in Woolston, answering calls for help from local community groups and residents.

Army president Alex Cheesebrough said about 200 volunteers are expected to turn out making it the biggest effort since the clean up of liquefaction following the quakes.

He said the volunteers would help clean up properties, remove rubbish from Heathcote River, and plant trees.

"Each year we've continued to run projects throughout the community with something on every weekend," Mr Cheesebrough said.

"Whether the volunteers are doing it to meet new people, feel rewarded or because they're getting some sort of benefit from it, more people are getting involved."

The Student Volunteer Army (SVA), with a record 2088 members, has surpassed Canterbury University's Engineering Society as the biggest student club on campus.

"It's a real credit to the students involved in the army that they've managed to continue the momentum and establish the SVA as a unique fixture in the community.