ANALYSIS: Auckland's centre-right politicians were supposed to unite for October's local body elections, but are destined to clash in some critical seats, writes Todd Niall. 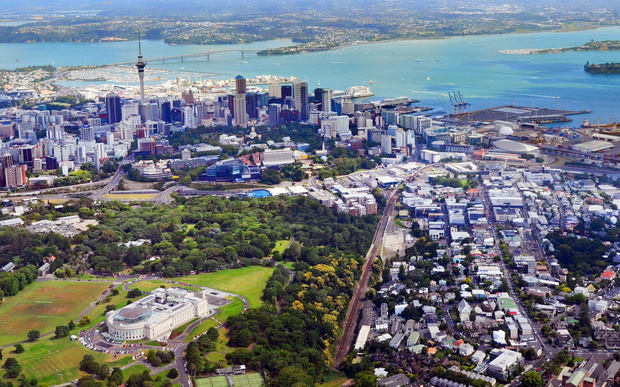 The National Party is learning that taking control of local body politics in Auckland is not the same as dominating politics nationwide.

The rollout of Auckland Future - its defacto local body arm - is not going to plan, and its goal of winning a majority on the Auckland Council still looks elusive.

Auckland Future would meld a loose grouping of centre-right councillors into a coherent block, sign them up to key policies, and win seats on the North Shore held by less "dependable" councillors.

Instead, yesterday, Auckland Future announced it would contest both North Shore ward seats, one of which will also be contested by centre-right councillor and former mayor George Wood.

Another collision looms in the traditional stamping ground of the National-aligned C and R movement, personalised by two-term councillor Christine Fletcher, a past mayor and National cabinet minister.

Auckland Future got in first and unveiled one candidate to contest the two-seat Albert-Eden-Roskill Ward, effectively gazzumping C and R's plans to nominate two candidates.

If C and R members conclude a three-week nomination process, by choosing more than one candidate, Christine Fletcher will clash with a centre-right soulmate in Auckland Future colours.

Where did it all go wrong?

Auckland Future has brought a very prescriptive, Parliament-style approach that sits uncomfortably with many centre-right supporters in Auckland.

AF has produced a fiscal pledge, which it wants existing centre-right councillors to sign. It commits them to low 2 percent rate rises, and a $500 million long-term cut in council budgets.

None, other than first-term councillor Denise Krum has signed. They say they haven't seen any detail on how the goals could be delivered, and most are well-known and sitting on big majorities.

The Auckland strategy was discussed in two closed sessions at National's northern region conference at the weekend.

Delegates spoken to by RNZ News say there was awkwardness in discussing the mayoral race, where two National-aligned candidates are up against veteran Labour MP Phil Goff.

RNZ News was told that mayoral candidate Vic Crone told one session it was a "two-horse race", a clear snub to long-time party member and rival candidate Mark Thomas who was also in the room.

Another delegate told Mr Thomas he should step aside.

RNZ News heard that in what appeared to be a co-ordinated endorsement, president Peter Goodfellow, along with MPs Nikki Kaye and Maggie Barry, both leaned Ms Crone's way.

Centre-right local body politicians have told RNZ News that Auckland Future has failed to consult them on its foray into Auckland, and are frustrated that a strategy they support appears to be stumbling.

The next couple of weeks may show whether Auckland Future sticks to it's "sign or be stood-against" line, or adopts a more flexible MMP approach to building a regionwide centre-right platform.