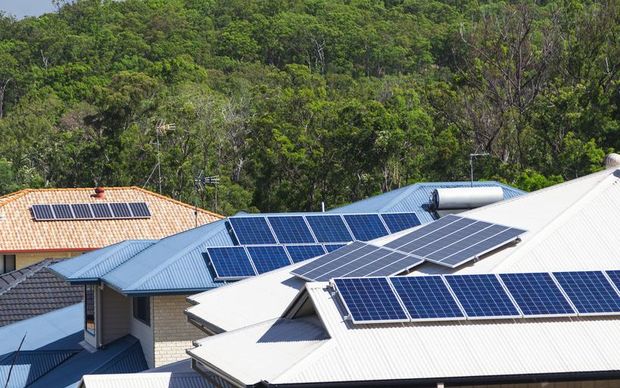 Hawke's Bay lines company Unison introduced the charge last month for 425 of its 110,000 customers who have the panels on their roofs.

Unison said those people paid less for power but still had access to the electricity network as back up, and it was only fair they contributed to the cost.

But SolarCity chief executive Andy Booth said the move was anti-competitive and illegal. He said he had complained to the Electricity Authority.

"We believe, through a series of legal complaints that we filed, that it's a clear breach of the Electricity Industry Participation Code, and furthermore that Unison should be stopped in trying to prevent solar customers, who are rightfully trying to do the right thing by the environment, from proceeding."

Mr Booth said the charge is adding up to 20 percent to people's electricity bills and driving them away from solar power.

The company has argued that people installing solar panels paid $300 a year less than other customers, but the cost of maintaining the lines remained the same. It said it would not get back the full $300 and would still be out of pocket.

Unison is the first lines company to introduce such a charge, but others are understood to have similar plans.

The Electricity Authority said it was assessing the allegation and checking its validity as a first step.

There are 28 lines companies in New Zealand all facing falling revenue and static fixed costs.