The Department of Conservation has made more than $1 million by harvesting native timber blown over by a cyclone on the West Coast. 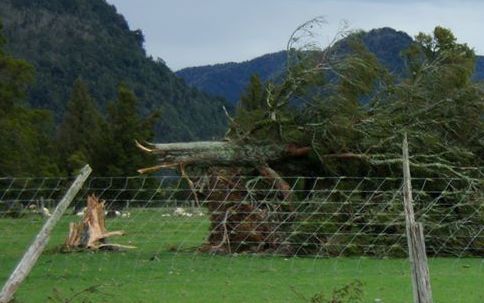 The 2014 storm uprooted thousands of trees across the West Coast. Photo: Shona Rathgen

Up to 400,000 hectares of public conservation land in the West Coast was damaged by Cyclone Ita in April 2014.

The government passed urgent legislation to allow the Department of Conservation (DoC) to open parts of the coast to operators to harvest the timber.

So far more than 5000 cubic metres of timber has been harvested, 90 percent of which was rimu.

DoC spokesman Tim Shaw said $1.2 million had been made from processing the timber.

"By the time the project has done its dash it will be around $1.5 million total, in terms of gross revnue. So once we take the costs of implementation out of that, we've got somewhere between $1 million and $1.2 million to spend on conservation."

The legislation expires in 2019.