Centreport is not deterred from plans to dredge parts of Wellington harbour by similar actions taken at the Port of Napier, it says. 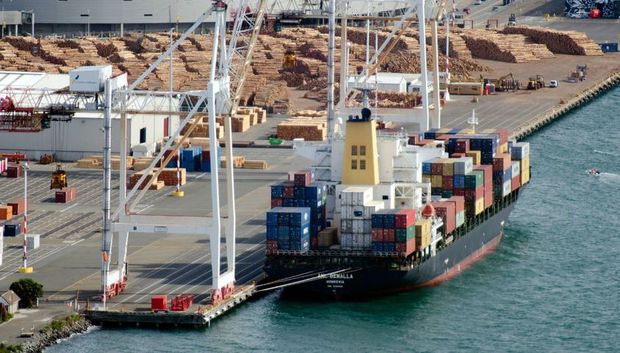 The Wellington company wants to increase the draft of ships entering Wellington from 11.6 metres to 14.5 metres - which could more than double the amount of cargo they can carry.

Allowing for safety margins, that would mean a total depth of over 17 metres, and would cost an estimated $40 million.

Port of Napier has announced a $100 million scheme for dredging and a new berth.

But CentrePort Wellington chief executive Derek Nind said he did not fear Napier's plans would undercut his own.

"It's not for me to comment on what Napier is doing," he said.

"But in terms of Centreport, what we are doing is to try to provide the best connectivity for exporters and importers in central New Zealand.

"We believe that we are well supported by State Highway 1, the rail system of New Zealand and the interisland ferry services. 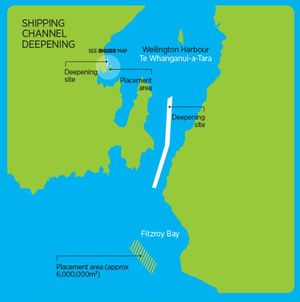 The first section would require an estimated 6,000,000m3 of material to be removed. Photo: Screenshot: Centreport Big Picture

Derek Nind said said that would provide a useful service for trade and would help the company itself grow by an estimated 13 percent in container freight.

Centreport is beginning a series of public consultations on the dredging project this weekend and expects to lodge an application for resource consent early next month.

The areas of dredging would be in the harbour entrance and alongside Aotea Quay.