New Zealand should be careful not to over-invest in its ports, major exporters and importers say. 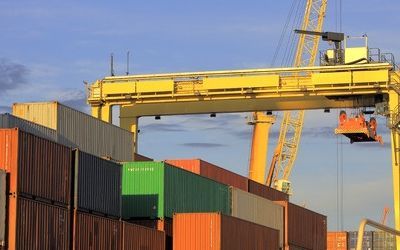 The Port of Napier has announced a $100 million scheme to build an entire new berth and dredge its harbour, the most expensive development in its history.

The New Zealand Shippers' Council represents firms such as Zespri and Fonterra that use ports and ships to export billions of dollars worth of commodities.

A report by the council several years ago called for four deep water ports in New Zealand: Auckland, Tauranga, Lyttelton and Port Chalmers.

Dredging at those four main ports was either finished, underway, or planned.

There should be coastal ships linking smaller ports and good road and rail links, rather than more deep water ports, the report said.

Shippers' Council chairman Mike Knowles warned this could be a cost to their owners, who were mainly the ratepayers of adjacent regional councils.

"I think there is a risk that the ports in a small country like New Zealand become over capitalised by making these investments for bigger ships, when it is clear that they will not come to all the ports as currently is the case," he said.

Since then, Centreport in Wellington and the Port of Napier have joined the rush to develop, and announced their intention to deepen their own harbours.

They said this was necessary because ports had to keep up and accommodate more cargo with ships getting bigger.

But port managers contested this view, and said forecasts of trade growth meant they needed to undertake these developments to safeguard their future.

Centreport in Wellington has said its dredging would cost about $40m.