Another deadline for progress on a significant building within central Christchurch has been missed, with both the government and the Anglican Church saying there is no news on what will happen with the ChristChurch Cathedral. 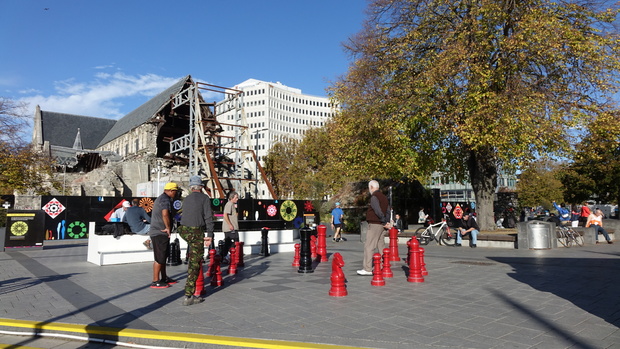 In December last year, the Anglican Church and the government announced that a working group was to be formed to investigate whether the two parties could work together on meeting the cost and safety requirements of reinstating the cathedral as it was prior to the earthquakes.

At the joint announcement the church said it expected to announce the findings of the working party by the end of April.

Now the government says there is no update, and the April date was never a set deadline.

A spokesperson for the Minister supporting Greater Christchurch Regeneration Gerry Brownlee said that given the complexity of the project, the Crown and Church continue to constructively work together toward a reinstatement plan.

Anglican Church spokesperson Jayson Rhodes said there was nothing to report.

Mr Rhodes said the 14 February 5.7 magnitude aftershock was not the cause of the delay in the working party findings.

Following significant aftershocks on 14 and 29 February, an engineering assessment of the cathedral found there had been significant additional structural damage, however the report also said that prior to the aftershocks the building was already structurally unstable.

While the two main parties will not comment on progress, a source spoken to by RNZ, who is close to the issue, said things were progressing well, and an announcement was expected within weeks.