A house involved in the Porirua police siege, which was damaged in a suspicious fire last night, will probably need to be demolished, says Housing NZ. 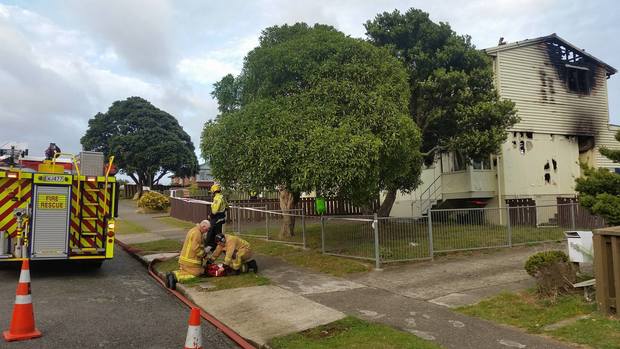 The damage from the suspected arson at a house at the centre of the Porirua siege. Photo: RNZ / Max Towle

Seven fire trucks were sent to the Housing New Zealand property at 26A Kokiri Crescent just before 10.45pm last night.

Pita Rangi Tekira shot and killed a police dog in the same building on 22 April before barricading himself inside another house down the road, where he was found dead the next day. 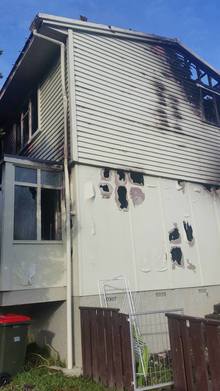 The damage from the suspected arson at a house at the centre of the Porirua siege. Photo: RNZ / Max Towle

An Assistant Area Commander with the Fire Service, Gareth Hughes, said the fire-damaged house had been badly burned on both floors. Seven fire trucks were called out for the incident.

No-one was injured in the blaze.

Aiga Siamani, a resident on Kokiri Crescent, said she was worried the fire was going to spread to her house.

"I'm shocked because last month, someone died way down here in our street, but at the beginning of this month, that house was burning. The question for us is, 'why do these things keep happening in our street'?"

Housing New Zealand area manager Kathy Furfie said the tenant of the damaged property was staying with family and was not at home last night.

She said Housing NZ had been in contact with them.

Fire investigators have yet to determine what caused the fire and are still inspecting inside the house. Police are treating the fire as suspicious. 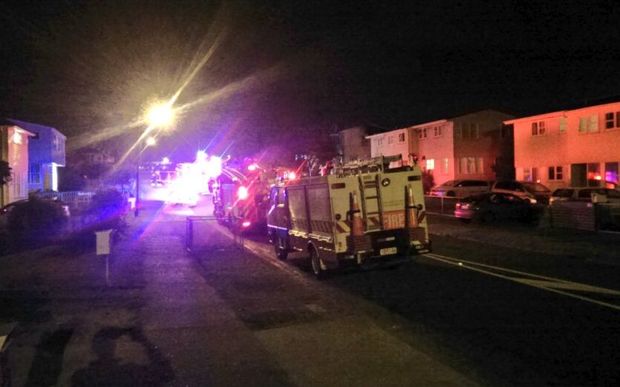 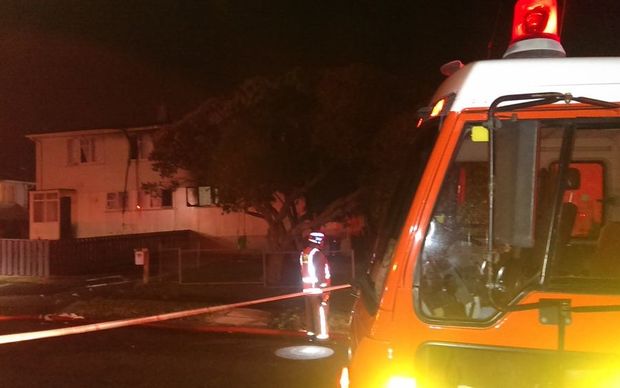