A rally for bull-breed dogs has been held in Nelson, with its organiser saying demonising the breeds is wrong and will do nothing to resolve the problem of dog attacks. 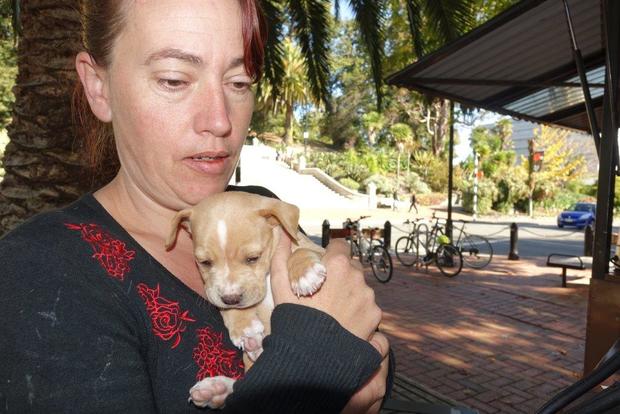 The issue has drawn attention after a series of serious attacks, including the injury of a seven-year-old boy savaged by his uncle's pit bull terrier in Auckland earlier this month.

Nelson rally organiser Cynthia McConville said, despite today's small turnout of about 20 owners and dogs, she was happy with the mix of breeds considered "dangerous" on public display.

"It's not disappointing - trying to manage a big group of people and dogs is a big ask. There was a big response on Facebook and many said they would be coming to support it, but it's hard to know on the day what will happen."

In New Zealand, there are 585 dogs classified as "dangerous", meaning they have killed, injured or endangered someone.

Of the 15,000 dogs in Nelson City and Tasman District, 169 are classified by the respective councils as either dangerous or menacing.

The Nelson City Council said 12 registered dogs had been euthanised following an attack in the past two years and, in the Tasman District, on average 10 dogs were euthanised each year for offences ranging from attacks on humans and other dogs to worrying stock.

Ms McConville blamed the increase in dog attacks on failures by successive central and local governments to properly address what was wrong. She was a supporter of compulsory neutering of dogs, except for farm or working dogs.

"The indiscriminate backyard breeding of dogs by irresponsible owners that continues to go on in this country is unacceptable, as is puppy milling.

Ms McConville said all urban dog owners should be encouraged to train their dogs to accomplish basic commands, and councils could assist by handing out this information to owners on registration.

Shelley Stuart of Nelson and five-week-old Poppy, an American bulldog cross, supported today's rally from the sidelines. She said there were bad dogs, just like there were bad people, and it was up to the owners to ensure their dogs were properly behaved.

"It's about owner responsibility as well as making sure dogs were registered, microchipped and neutered, which stops aggression in male dogs."

"People love him or cross the road when they see him, but they're just gorgeous, loving dogs, and so much fun."