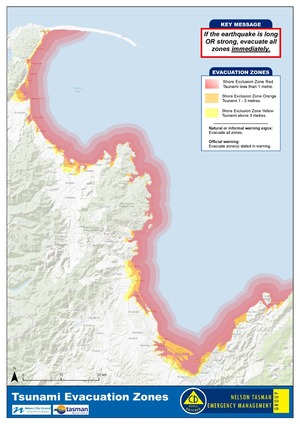 New information is being released today shows areas in the region most at risk from a large tsunami, and where people should go in the event one occurs.

It was the first time Civil Defence had received the level of detail which provided guidelines for creating evacuation zones. Some people might be surprised at how far inland a major tsunami could reach, and it was something businesses and industries located on the coast needed to consider, Mr Ball said.

The amount of low lying area exposed the region and in a "maximum event" the urban areas of Nelson, Stoke and Richmond would be affected.

"In an event like this it's unlikely there would be enough time for warning. Most earthquakes don't cause tsunamis but people need to be aware of them and what to do."

Nelson and Tasman were not as exposed to the threat of a major tsunami as other areas of the country, but would be at greatest risk from any major seismic event happening off Taranaki, or in the Cook Strait.

"One of the messages for businesses is that they do need to think about tsunami procedures as well now, so... it's a little bit more complex but just another part of the 'hazardscape' that we have to know and understand," Mr Ball said.

The maps, which are online today, would also help Nelson Tasman Civil Defence and Emergency Management agency to work with local communities to highlight evacuation routes, signage and how people might be alerted of a major threat.

"It's about being prepared and understanding the risk to your local community. It will help prepare residents on how to react effectively in an emergency.

Public meetings will be held throughout Nelson and Tasman next month. 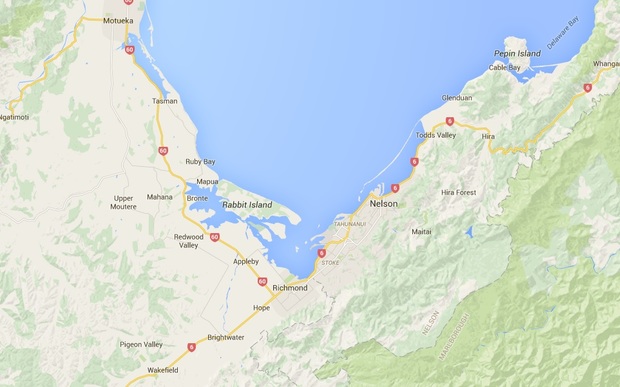 The Nelson region would be at greatest risk from a tsunami if an earthquake occurred off Taranaki or Cook Strait. Photo: GOOGLE MAPS