The historic Trathen's Building in central Nelson will be demolished because of its potential risk to the public. 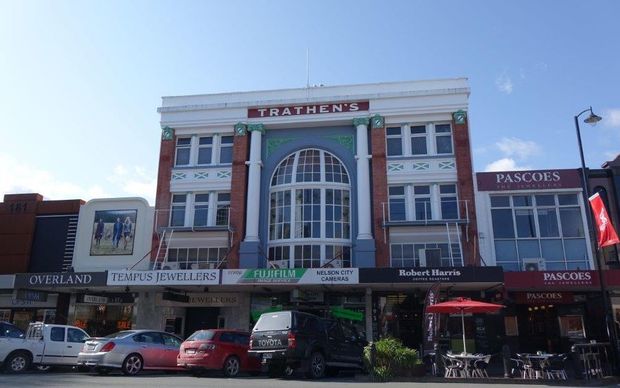 Commissioner Christine Foster said the three-storey building, built in 1922, was a potential public hazard in its current un-strengthened form.

Public submissions to the consent application revealed wide support for its demolition, including endorsement by Heritage New Zealand.

There was no opposition to pulling the building, in Nelson's Trafalgar Street, down.

The protection of historic heritage was a matter of national importance Ms Foster recognised in her decision, but she was satisfied that removing the building would mean more efficient use and development of valuable central city land.

The Trathen's building, which has been a focal point of Trafalgar Street since it was built in the early 1920s, had a high earthquake risk.

Despite costly efforts to strengthen it over the years, the latest standards place it at only 6 percent of thresholds and it can no longer be insured.

Retaining the facade of the existing building would require structures to be driven 17m below ground and cost more than $1 million, without fully mitigating the risk of causing injury or death in an earthquake.

"The reality is that building simply can't remain in its current form," Trathen Properties chief executive Michelle Trathen said last year when the family announced its intention to lodge a consent to pull down the building.

The family planned to construct a new building in its place and has come up with plans for a modern and innovative new building which they hope will breathe new life into the city's main street. 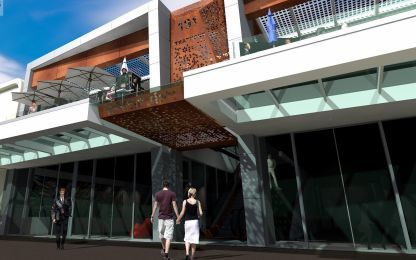 The proposed two-storey building was expected to cost around $2.4m to build and will feature two separate upper-level restaurant cafes with outdoor dining areas which extend out over the footpath below. It also has solar panels that double as shade to the upstairs areas while powering the building's lift and escalator.

The aim is to have as many materials as possible salvaged from the original building and used in the new one, to create a "visual connection to the history of the site".

The Trathens said despite the downturn in retail which has left gaps in many towns and cities, inner cities were being revitalised in new ways, which is why they planned to retain a presence on the site.

"There is a cultural trend happening throughout the world - people are coming into the city not just to shop but to meet and eat and be entertained," Ms Trathen said in the past.

She could not be reached for comment to discuss the latest development.