A group of young Kaikohe men who have never had full-time work have begun planting manuka as part of a pilot project aimed at improving their future and that of their small Northland town.

Project Manuka is a joint venture between Northland College and the government to reboot the moribund local economy. 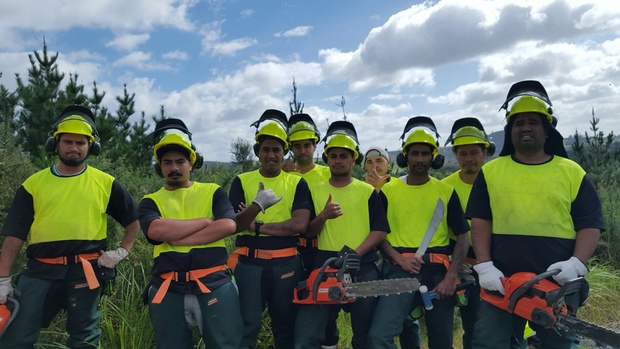 The school owns 450ha of land, gifted decades ago for educational purposes, and has run it as a dairy farm and forestry block giving students opportunities to learn agricultural skills.

In its latest venture, it has begun replanting some of the land in manuka for honey production.

There is currently fierce competition for manuka as beekeeping takes off as an industry in the north.

Under a scheme backed by several government ministries, 11 long-term unemployed people have been training in forestry skills over eight weeks and preparing scrubby hillsides for planting in the valuable crop.

None of them have held a full-time job before, and none have formal qualifications.

Their tutor, forestry training contractor Jack Johnson, has had them training at the gym, on the hills cutting tracks and in the classroom swotting for Level 2 NCEA forestry papers. And all eleven have passed.

"A Level 2 certificate in anything - that's a huge achievement for these boys," said Mr Johnson.

"Passing a drug test was a huge achievement. The challenge I've given them now is refraining altogether from drugs. That's a life change that they need to make - not only for themselves, but for their families."

It's a challenge the workers themselves seem happy to meet.

One man, who fled South Auckland to go north, said he loved the job and loved working with others who had become good mates.

"I came to find something better than all the criminal activity they've got down there," he said. " I wanted something more legitimate - something that would get me a bit further than anything they had to offer down there." 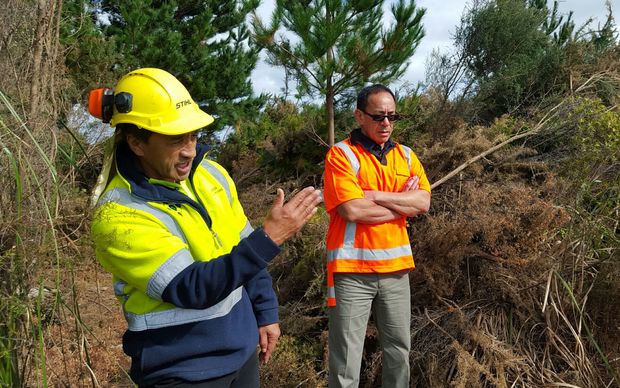 'They haven't had the chances'

The official leading Project Manuka is Ben Dalton, from the Ministry of Primary Industries, who says the pilot scheme is intended to lead to much bigger things.

The three priorities for the government in its Northland Economic Action Plan were to increase productivity in existing industries, attract new industry and investment to the north and to build a workforce capable of meeting the needs of that industry.

Mr Dalton said there were 86,000 hectares of undeveloped Māori land around Kaikohe and a huge pool of unemployed people who would relish the chance to escape poverty and improve their families' lives, given the training.

"These are good people," he said. "They just haven't had the chances. All of these guys cost the New Zealand taxpayer a lot of money. So if you spend a fraction of that helping them to become employable and also to see a brighter future, then I think it's a worthwhile investment. " 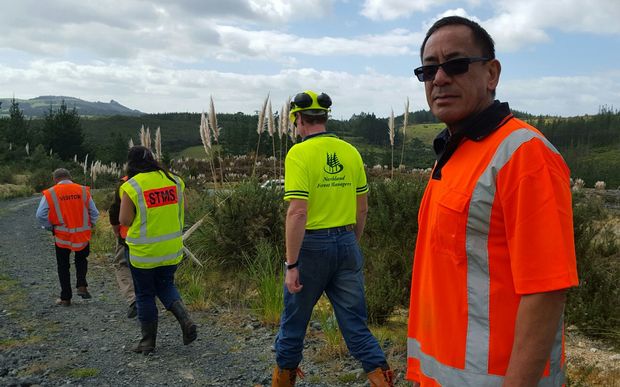 The manuka honey industry in the north however, is not without its problems. In recent years, hives have been stolen, damaged and allegedly poisoned.

In some areas an influx of new beekepers is causing headaches for long established ones.

But Northland College says it has good relations with local beekeepers who have helped train students in honey production and it expects to develop new partnerships with them as Project Manuka progresses.

Matiu Tane, a support worker for the trainees, said the manuka honey industry was bringing hope to communities that had never recovered from the down-sizing of freezing works and the closure of small dairy factories in the 1970s and 1980s.

Traditional pine forestry, with its 30-year production cycle, now looked less attractive to many Māori landowners than manuka plantations which offered a continuous passive income within a few years.

Mr Tane said the prospect of honey and oil production along with nursery and forestry jobs that would be created were inspiring whānau to look to a more sustainable future.

"I want to encourage our young people into education, into those skills.

"All that's really wanted is jobs and industry again for our young people. So the fathers can provide for their families, and be able to stay here."

The chairman of Northland College's board of trustees, Ken Rintoul, dismissed any suggestion that a new generation of young Māori were being trained just to be labourers.

"A percentage of all these students will go into management.

"They'll be earmarked at the end of this course to be crew leaders, or business owners "

Mr Rintoul also chairs the Youth Enterprise Scheme in Northland which aims to get young people into governance.

"Three years in a row now local Māori have won the National Awards, so we must be on the right track," he said.

Mr Rintoul said the eventual proceeds from the Northland College manuka plantation would go back to the school.