The new boss in charge of delivering Christchurch's anchor projects says he will bring discipline to the role. 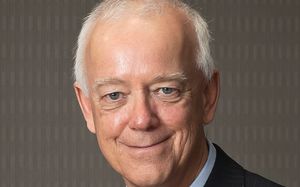 New Crown company Ōtākaro this afternoon announced the appointment of Albert Brantley to the role of chief executive.

The appointment of Mr Brantley - who was chief executive of Genesis Energy for eight years - comes a day after Ōtākaro officially took on responsibilities for the delivery of Christchurch's anchor projects and precincts.

Mr Brantley said the people of Christchurch should be confident that the new company - one of two which have replaced the Canterbury Earthquake Recovery Authority - will make a real difference for the city.

He said a great deal of good work had been done in terms of planning, discussion and consultation, and he now had the opportunity to come in with a very disciplined approach and proceed to the implementation stage.

Mr Brantley was born in the US state of Georgia, but is a Canadian resident, and now resides in Kaiapoi.

He will begin the role on 2 May.