The Mayor of Ashburton, Angus McKay, is facing a code-of-conduct investigation over a claim he breached a confidentiality clause on a planned water bottling operation. 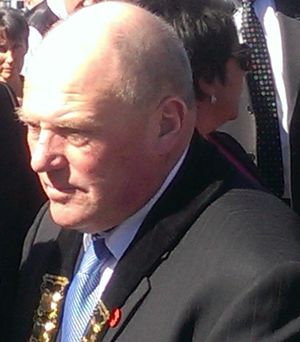 NZ Pure Blue has been negotiating with the council to buy a section that comes with the right to extract water from local aquifers.

Councillors have been prevented from commenting on the deal because of commercial sensitivity.

But the mayor has been accused of doing just that while addressing a Grey Power meeting last year.

Mr McKay admitted he mentioned the land could be used to bottle water, but said it was already a matter of public record at the time.

He welcomed the investigation and was confident he would be cleared of any wrongdoing, he said.

The hearing would take place in front of the council's chief executive and the deputy mayor, and a date had not been set, Mr McKay said.