The transport minister is offering Wellington the chance to examine its remaining cycleway plans and ask locals if they want them. 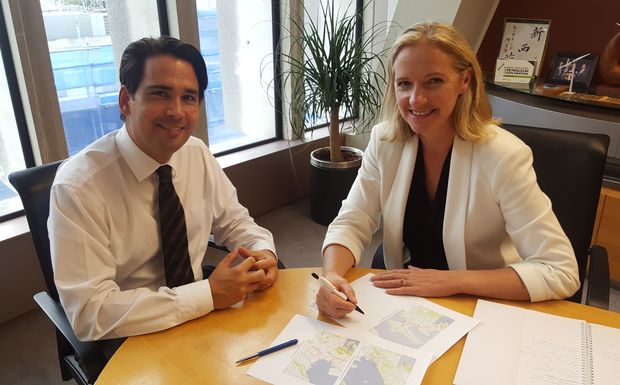 Some local councillors have wanted a revamp of the city's cycleway plans, following a huge backlash from residents over a cycleway built in the suburb of Island Bay.

Proposals for routes along Hutt Road and in the Miramar suburb were also attracting a chilly reception.

But the calls had gone unanswered over fears the council could lose government funding - nearly $37 million dollars to be spent by the middle of 2018.

Mayoral candidate Jo Coughlan went to the Transport Minister to ask whether council can start afresh, and said she would be taking his proposal to the council's chief executive today.

"The Minister has given us a window of opportunity to re-look at our plan," she said. "We're not going to be forgoing any of our funding, there's a huge amount of money at stake."

"We won't have this chance again and I think it's very important that we look for the best long-term solution that will be in place for the next hundred years."

Transport Minister Simon Bridges said Wellington's cycleways had faced some of the loudest opposition in the country.

Mr Bridges said he was okay with the council slowing down to make sure the community did want the cycleways.

"What Jo's been impressing on me is the cycleways can't just be done in an ad-hoc, lackadaisical way," he said. "They've got to be done right ... properly.

"We've got to satisfy both ourselves, as government and council, but also the people of Wellington."

Councillor Paul Eagle said Mrs Coughlan's plan was good, but he would like to see the Island Bay route sorted out first.

He agreed the current cycleway plan felt like it had been forced through.

"I'll be frank about this, this has been a pet project of the mayor, Celia Wade-Brown, and the chair of the transport committee, Andy Foster," he said.

"They have really just rammed this through, I'm sick of it.

"Any mechanism from anyone that says we can bring this to a halt and sort out the Island Bay cycleway first, I'll be supporting."