A sign outside an Auckland Church mocking American presidential candidate Donald Trump has been defaced with an anti-Islamic slogan. 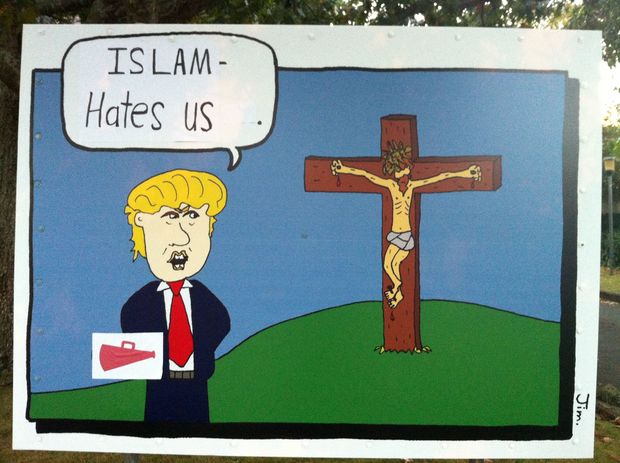 A billboard erected by St Luke's in Auckland has been defaced. Photo: Supplied

The billboard, which was stolen just before Easter, depicts Mr Trump nailing Jesus to the cross while saying "I don't like losers".

David McNabb said the new message - 'Islam Hates Us' - was a sobering one because it highlighted a belief among some Christians that Islam hates Christianity.

"We have a range of people, who, some are unfortunately violent at times and it's the being against violence that is our key thing, not against a religion."

Mr McNabb said St Luke's runs an interfaith programme, and he knows from experience that the slogan is not true.

He said the church wants to engage people in healthy debates, and he prayed for the vandals. 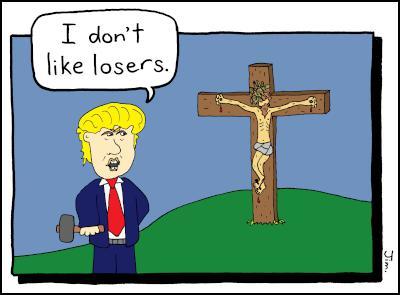 The image before it was defaced. Photo: St Luke's, Remuera