Ihaka has been living rough in Auckland for four years.

He is dishevelled and unshaven: nights spent at the bus shelter by the police station are hard and cold, and begging has no easy route out.

"Begging's not that good," he said. "It's never going to get you anything... A hustle will get you a pie and a drink.

Ihaka is trying to save some money to buy a van, leave the streets - which he said were "pretty weird" - and "go for something a bit more solid, actually, and return to work".

Auckland mayoral candidate Mark Thomas would also have Ihaka leave the streets. If elected, Mr Thomas said he would introduce a bylaw that prohibits begging, and increase pressure on government agencies to boost support for the homeless.

That support, if it comes, needs to be in myriad different forms: Mr Thomas acknowledges that might include education, detoxing, training - even help navigating the government's complex systems and forms.

In 2014, there were about 150 homeless people in Auckland, and today that number was very possibly greater, said Mr Thomas. 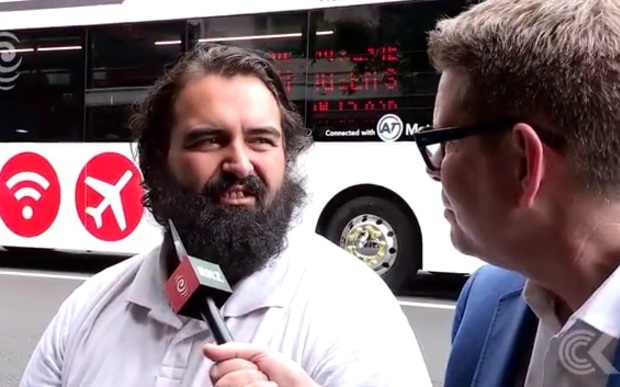 Ihaka himself had, in the past, suffered from schizophrenia, and said he was lost, neither behaving normally nor knowing what it meant to be normal.

If elected as Auckland mayor, Mr Thomas has a plan to tackle homelessness, and said the begging ban was only a small part of it.

But would such a ban simply be hiding the issues? 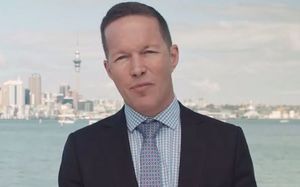 "The ban's part of it, but you can only provide a ban if you've got somewhere for them to go."

He proposed taking vacant, unused council or government space - so as not to introduce more costs to ratepayers - where homeless people can go and seek support.

"[We'd] actually have government, and everybody else - the fantastic people at the City Mission and Lifewise - come and provide help in one spot."

Auckland would be following in the footsteps of overseas cities like Salzburg in Austria or Freemantle in Perth, he said.

"Auckland Council is not making fast enough progress. It's not fair that some people use our streets and public places for their own ends - even if they clearly need help.

"Police tell me the current bylaw passed in 2013 is ineffective as it requires beggars to 'intimidate' or 'cause a nuisance' to be removed. That's hopeless, as anyone who is 'passive' begging can remain."

Homelessness as a choice

But homeless blogger Sistar Six said living rough in Auckland was not usually a choice - the city's accommodation options were limited and usually too expensive.

"If homelessness is a choice, it is a choice of few options," she wrote in a recent blog post.

"Not many, if any, leaseholders want to take on an unemployed, dysfunctional or otherwise undesirable flatmate," she said.

The People's Project has housed 127 people in just over a year. Photo: 123RF

"One K Road character has more than half a million dollars in the bank. Yet living with terminal illness, he chooses to sleep rough so as not to waste money on rent, and experience as much as life has to offer, all day, every day."

Choosing to spend the night in a central city hotel, hostel or boarding house meant being exposed to potentially dangerous situations, for the cost of up to 90 percent of one's daily income: "the company of pedophiles, junkies and drunks, hookers, lice, bed bugs and all manner of objectionable activity.

"Once you have enjoyed the comforts of the average boarding home, hostel or hotel, the asphalt starts to appeal."

But Ihaka is ready for any solution, and said he welcomed Mr Thomas's proposal, if it worked.

"If you can go somewhere, and go towards training, education, even detoxing ... you can move ahead," he said.

Read and listen to a collection of stories on begging in New Zealand (as broadcast on Nights, 19-22 October 2015)