For Michael Allen, the library is a sanctuary away from the streets where he often sleeps rough at night. 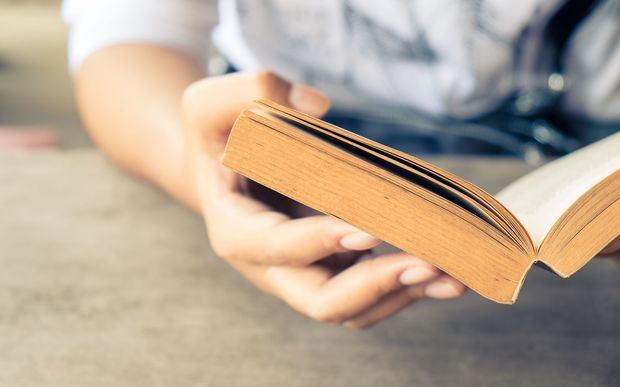 A recovering gambling addict, Mr Allen regularly attends Auckland's Central City Library's first-ever book club for the homeless. It's believed to be the first of its kind in the country.

He spoke quietly about one current favourite read: I beat the odds by Michael Oher, that inspired him to improve his own life.

"He was actually homeless himself and he ended up going into the NFL draft and the reason why he wrote this book was to inspire others who have come from difficult backgrounds."

Many rough sleepers were naturally attracted to spending their days in the library, he said.

"If you are on the streets you have a lot of time on your hands. It's something to do. I don't think all of us want to be, you know, out hustling or drinking or taking drugs."

He felt inspired by books like Oher's and the weekly book club meetings were like a kind of therapy session, he said.

"Not only do we talk about books, but I like coming because it gives you the opportunity to say things that you want to get off your chest."

Librarian Hamish Noonan founded the club in conjunction with the Auckland City Mission over a year ago.

About 100 rough sleepers now had their own permanent library cards, using the mission as their postal address.

The club attracted about 15 regulars each week, including a published novelist whose work could be found on the shelf.

"It's quite a diverse group of people with a broad range of reading ability and there is some very lively discussion," Mr Noonan said.

The club had also helped to improve the relationship between library staff and its homeless patrons and could often help them out with any problems, he said.

The library also ran weekly movie sessions and a media club where participants blogged about their lives on the street.

"I think we fail to recognise sometimes that when someone is sleeping rough, or even recently accommodated, that that social isolation is an awful, awful situation to be in."

Mr Holt said he'd like to see more such book clubs rolled out at other libraries in Auckland and around the country as those tended to be places where marginalised people often gathered.