Teams competing in the Godzone endurance race through Nelson's hinterland are finding it tough going but the leader is now further ahead than predicted, a spokesperson says. 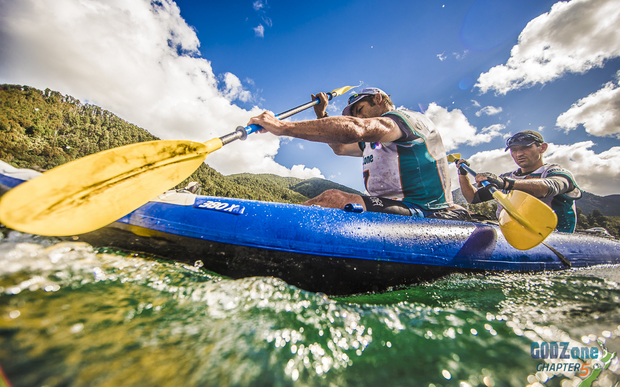 Godzone spokesperson Margo Berryman said Team Yealands had stormed ahead as they trekked through the Nelson Lakes National Park, while a team raising funds for Cure Kids - featuring former All Black captain Richie McCaw and Wanaka athlete Sarah Fairmaid - today paddled the rapids of the Matakitaki River near Murchison.

Fairmaid, a 38-year-old mother of two and physiotherapist, said she had treated children with challenging diseases, which is why Cure Kids appealed as a charity. So far, the team had raised $294,000.

"They've been enjoying their race so far, even breaking into song as they prepared to paddle across Lake Rotoroa yesterday," Ms Berryman said.

The teams left in canoes this morning, headed for Murchison and the next mountain biking leg, and were happy to at last see some sun, she added.

"Generally the teams are finding it a reasonably tough course. They found the first 53km trek pretty arduous. They went through all four seasons of weather - it was cold, it was rainy, it was claggy but today they're enjoying some full sunshine."

The 71 teams left Kaiteriteri Beach on Saturday on the 530km race, cheered on by a large crowd of local well-wishers.

The race involves trekking, mountain biking and navigating rivers around Nelson-Tasman. It will finish with a kayak trip down the Abel Tasman National Park, with the first expected to finish around midday on Wednesday 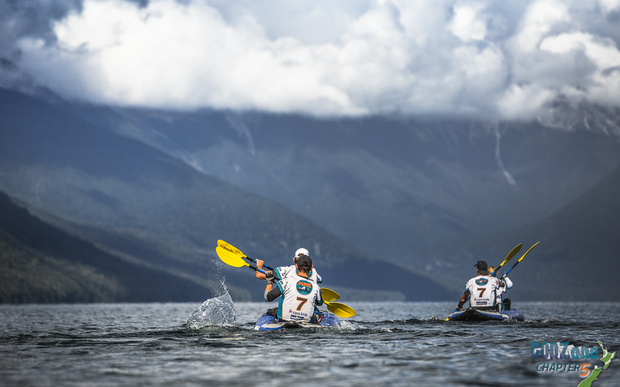 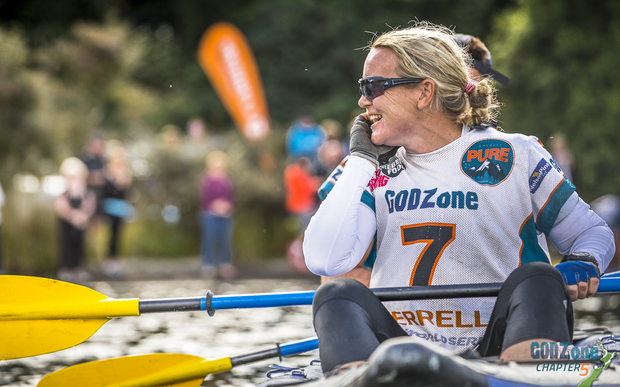 Sarah Fairmaid - another member of the team - on the lake. Photo: SUPPLIED