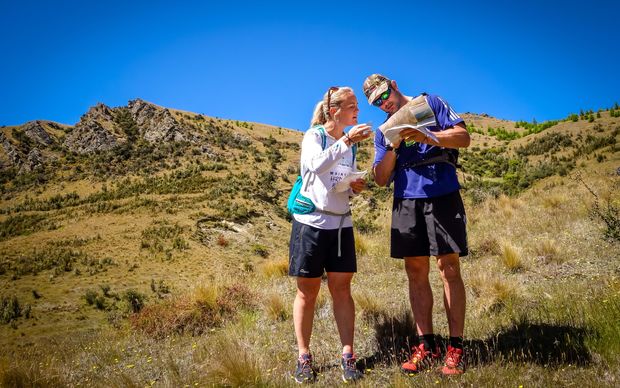 Richie McCaw and Sarah Fairmaid are part of the team raising funds for CureKids in the Godzone endurance race that started in Kaiteriteri today. Photo: SUPPLIED

Richie McCaw and Sarah Fairmaid are in for a tough time, they say, as they join 300 athletes for a week-long endurance race.

A large crowd of local well-wishers turned out at Kaiteriteri Beach today to send off the 71 teams raising funds for CureKids in the 530km race that involved trekking, mountain biking and navigating rivers around the Nelson-Tasman region.

One of the teams features former All Black captain Richie McCaw and Wanaka athlete Sarah Fairmaid, who told RNZ News before the start they were in for a tough time in Nelson's hinterland.

Godzone was described as "the world's largest and most technically challenging adventure race over seven days", and was a qualifier for the Adventure Racing World Championships series. 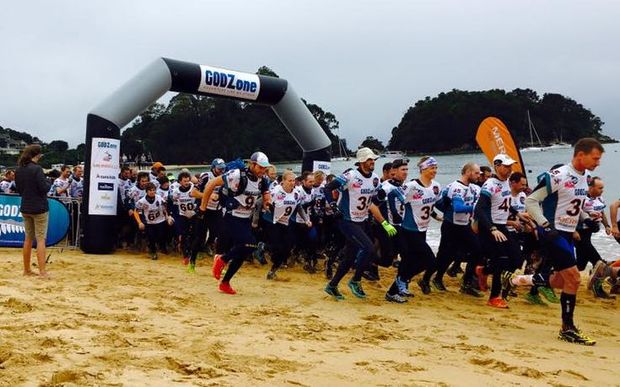 Almost 300 athletes at Kaiteriteri Beach at start of the Godzone endurance race around the Nelson-Tasman region. Photo: FACEBOOK/GODZone Adventure

Spokeswoman Margo Berryman said the race started right at midday despite heavy rain and thunderstorms overnight and this morning raising the threat of flooding.

She said the weather appeared to be improving.

"They were super-excited to get underway. It's quite nerve-wracking in the days leading up to an event like this. The teams only got their maps [course directions] this morning so they've had only a couple of hours to digest exactly where they're going.

"They've now got a full day ahead of them in kayaks then transition to mountain bikes; do some orienteering and head on up in the Richmond Ranges overnight," Ms Berryman said.

Wanaka multi-sport athlete, Fairmaid, was well used to venturing into unknown territory, but the team she's on this time included newbie Richie McCaw.

She said the former All Black great had proved himself to be an adventurer at heart during training for the event, which required great mental toughness.

"He's put himself in situations where he's had to perform at an incredibly high level under huge stress. All of that is really helpful for a person doing their first race." 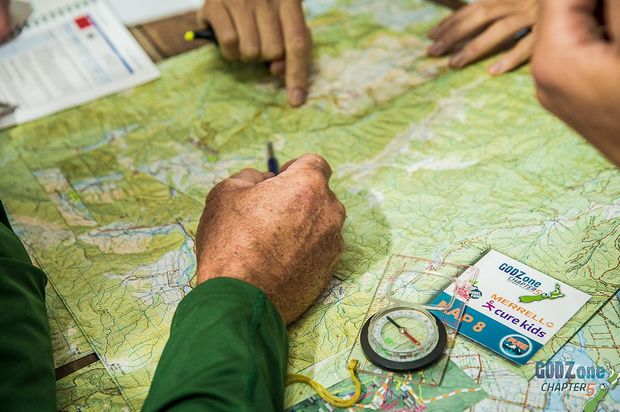 Planning the route for the race. Photo: SUPPLIED/GODZone Adventure

The expedition course was designed by race director Warren Bates and would cover a large area of the Nelson-Tasman region.

He said it was traditional the teams did not find out where the course was to start until the first day of racing, but the decision to announce the location earlier this year was "because of the excitement the race had generated in the region", and to give race followers a chance to get to the start and see the teams off.

"Once they had the maps the reality of what they will be doing and the terrain being covered over the next 5 to 7 days started to sink in. There are 10 stages covering a variety of disciplines travelling through the three national parks that grace this region. It's going to be spectacular."

Fairmaid said she was expecting the terrain to throw up some tough challenges, especially the region's rivers which were likely to be full from heavy rain, and the steep terrain.

"There'll be a lot of scrub and the mountains are steep - not as huge as I'm used to down south but they're very short and steep so there's going to be a lot of up-and-down. It's quite hard on your feet - that degree of up-and-down so that's something for us to consider."

Fairmaid, a 38-year-old mother of two and physiotherapist, said she had treated children with challenging diseases, which is why CureKids appealed as a charity.

Teams were competing in two separate categories with the faster ones expected to finish in about four days and others in the middle of next week.