Richie McCaw has been named Kiwibank New Zealander of the Year 2016 at a ceremony in Auckland. 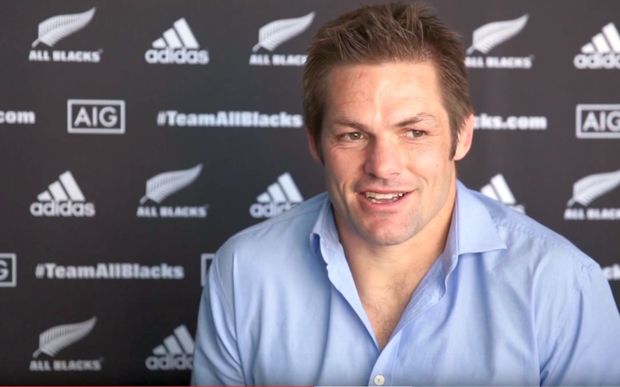 Richie McCaw at the announcement of his retirement from rugby. Photo: RNZ

More than 330 nominations were received for the award, which goes to a New Zealander judged to have achieved great things and made the country a better place.

The former All Blacks skipper was presented with the award by Prime Minister John Key.

He was nominated for what was described as his unrivalled success as a leader and inspirational player in his 14-year career.

The other two finalists for the award were Louise Nicholas, who was nominated for her work campaigning for better recognition of victims' rights and the prevention of sexual violence, and environmentalist Rob Fenwick.

The winners in the other award categories were:

Our @NZeroftheYear is Richie McCaw. As co-founder of iSport he aims to make sports accessible to every Kiwi kid. pic.twitter.com/IXE2clAUt5