Wellington Airport is not ready to apply for resource consent to extend its runway, say surfers in the city. 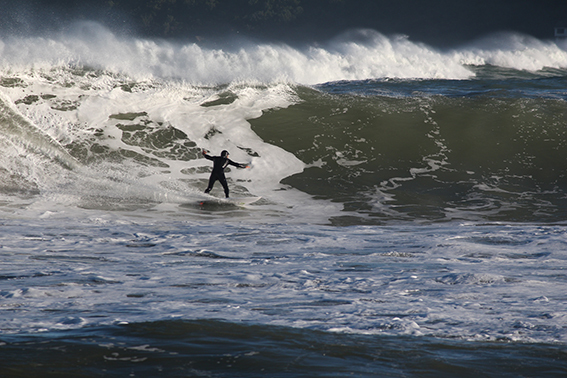 Wellington's Lyall Bay is a popular surf beach, with locals concerned that the runway extension could destroy some of the best waves. Photo: Stephen Lynch

A runway extension could have a major impact on surfing in Lyall Bay, but the airport has committed to mitigate the effects by installing an artificial reef about 500m offshore.

Surfbreak Protection Society spokesperson Michael Gunson said he wanted to see detailed evidence that the structure would work, and would not damage the beach.

"There needs to be a lot more work done. They haven't even done a shoreline impact assessment yet," he said.

"[The airport's] definitely not ready to lodge at this stage, [it] can't do it for the next month or so, surely."

Mr Gunson said, if the airport wanted to lodge the consent soon, it needed to embrace the conditions and agreements set out by the surf community.

Wellington Airport spokesperson Greg Thomas said the airport was committed to getting that evidence, and a shoreline impact assessment would be included in the resource consent application.

He said the airport would not commit to a detailed design for the wave focussing structure until it had received permission to extend the runway, as the design would be very expensive.

The resource consent application should be lodged within three weeks.