It could be another 100 years before the Waikato and the Waipa are restored to clean and healthy quality levels, the Waikato River Authority says. 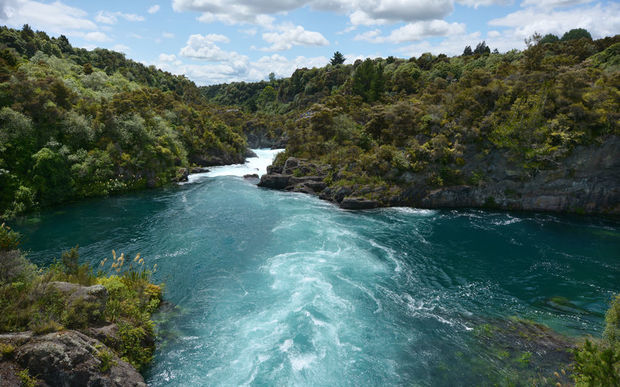 The rivers have failed in the first comprehensive assessment of the overall standard of the catchment.

The report card, released today by the Waikato River Authority, gave the catchment a C+.

Waikato River Authority co-chair John Luxton said a C grade was not a pass and was regarded as a low rating, meaning overall the standard of the catchment fell short of expectations of the vision and strategy for a healthy Waikato River.

The result would be used as the benchmark for future improvement of the catchment.

Mr Luxton said they had always known there was a big task ahead to clean up the rivers, and the report card gave a picture of where the most improvement was needed.

His fellow co-chair, Tukoroirangi Morgan, from Waikato-Tainui, said the iwi had for many years felt the Waikato River was in poor shape as it moved through its tribal area.

While the catchment was given an overall grade of C+, that included assessments for effort, experience and other criteria; its grade for water quality alone was C-.

Two lakes in the catchment, Waikare and Whangape, were so degraded they were rated D.

'There isn't a single silver bullet'

The authority's chief executive, Bob Penter, told Checkpoint with John Campbell it would take an "inter-generational" approach to improve the water quality, and that could take 80 to 100 years. 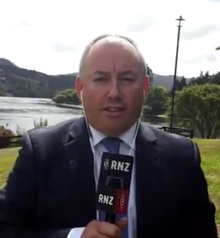 "We know that working together with industry, local government, with Waikato River iwi and a range of community groups, as we have been in this first five years, we will be able to get there because we are doing all the right things," he said.

"There isn't a single silver bullet that we can fire that will achieve a clean and healthy river because the reason it is in the state it is in is varied and complex."

The catchment's rivers and lakes had suffered from land use intensification and heavy metal use, among other factors, Mr Penter said.

The Waipa River, which converges with the Waikato River at Ngaruawahia, had a huge amount of sediment in it, he added.

The authority, which was established in 2010, brings together central and local government appointees, along with iwi, into an organisation charged with keeping the Waikato River clean.

The report card released today was produced by the National Institute of Water and Atmospheric Research (NIWA), Diffuse Services Ltd and the Waikato Raupatu River Trust.

It was produced as part of the authority's first five-year report to the Crown and iwi on its effectiveness in ensuring progress in cleaning up the Waikato and the Waipa.

Rivers in Canterbury had been affected by farming practices more than 50 years ago, she said.

"The nitrate we're seeing now doesn't relate to the dairy conversions that are happening now. What we expect to see as a consequence of that change of land use, is that nitrate levels will likely go up in the groundwater in the next few decades."

She also said some rivers could take more than 100 years to clean up.