Deteriorating water quality has led to a proposed ban of winter sports fishing in parts of North Canterbury, says Fish and Game. 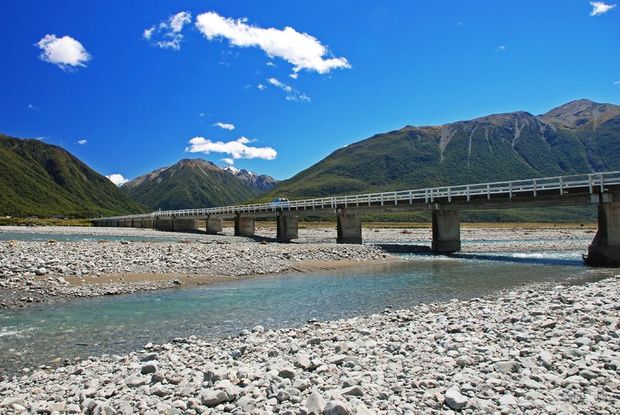 The proposed ban would mean no fishing from May to September in waterways east of State Highway One in North Canterbury's Fish and Game region, which includes the Waimakariri River and the Selwyn River.

At a recent meeting held by Fish and Game over 100 anglers aired their concerns, and agreed the lowland and sea-run fishery was in trouble.

North Canterbury Fish and Game Council chairman Trevor Isitt said there was sympathy with anglers, but the proposed ban was a desperate measure aimed at preserving the fishery, which had suffered years of environmental degradation.

"We need to preserve what's left, the remaining spawning that still occurs in these waters, if we are to protect the fishery from complete collapse."

Mr Isitt said the degrading environment was due to lower flows, silted up streams and falling water quality rather than over-fishing.

"Sadly we are now seeing the end result of years of over-allocation of water resources and deteriorating water quality from agricultural run-off and other forms of pollution, we would point to the failure by the regional council and other agencies whose mandate is to protect the environment, including these waterways."

"The Canterbury Regional Council (ECAN) has failed local people and anglers, by allowing inappropriate land uses such as continued intensified dairying which could not survive without irrigation."

Mr Isitt said there was unanimous support for the closure of the fishery, but anglers wanted to see other bodies such as ECAN stand up and be accountable.

"The problem of deteriorating streams needs to be addressed in a meaningful way," he said.

Canterbury Regional Council surface and water science manager Tim Davie said there was widespread agreement that water quality in Canterbury had been in decline as a result of agricultural intensification over the past couple of decades.

"This is not a quick fix; degradation of lowland streams has taken decades to build up and will take many years to remedy."

Mr Davie said strong action was well underway to protect and improve freshwater in the region, and plans have already been put in place to limit the nutrients being discharged from farms.

"More detailed and stricter rules are being put in place in areas most at risk. This is the first time rules to limit nutrient loss have been used in Canterbury," Mr Davie said.

He said the council works with stakeholders including Fish and Game on finding solutions so that agriculture can prosper without degrading waterways.