This year's Hyde St party in Dunedin was a successful student event despite minor injuries and a handful of arrests, an organiser says. 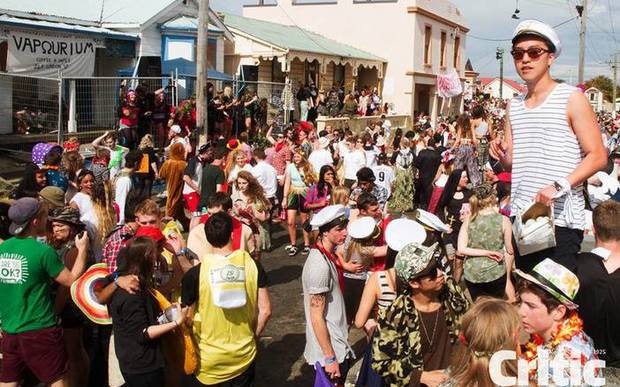 Otago University Students' Association president Laura Harris said those arrested were mostly people trying to get in without a ticket.

She said, in a way, that testified to the party's success.

"It is a very highly sought-after event, and we saw a lot of imitation wristbands around the place that were quite impressive - just indicative of the popularity of the vent and the fact that students want to come to a safe and enjoyable event."

Ms Harris said it had been an honour to see the annual event evolve from a troubled street party to a successful and safe event.

Organisers said yesterday about 50 people had needed treatment for a range of minor injuries including bee stings, bruising, sprains, sunburn and intoxication.

Ten people had to be taken to Dunedin Hospital's Emergency Department, but none were seriously hurt.

Police had said they were generally pleased with the crowd's behaviour.