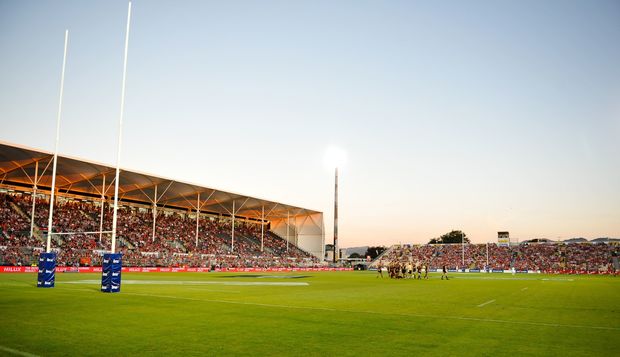 A Super Rugby game at the AMI Stadium in Addington earlier this year. Photo: PHOTOSPORT

Speaking at the Seismics and the City conference in Christchurch on Friday, Otakaro chairman Ross Butler was questioned about the progress of the stadium by Canterbury Rugby Union chief executive Hamish Riach.

Otakaro is the new Crown company taking over from the Canterbury Earthquake Recovery Authority (CERA) this year.

A new multi-purpose sports facility was outlined in the blueprint of the city in 2012, at a cost of $253 million. It was expected to be completed by 2017.

The city's rugby stadium was badly damaged in the February 2011 earthquake, and has sat static since, while the council fought with insurers about whether it should be rebuilt or fixed. 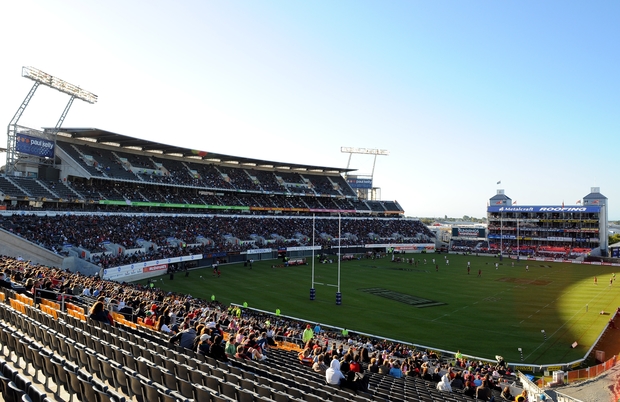 The AMI Stadium in Christchurch in 2009 prior to the earthquakes. Photo: PHOTOSPORT

Hamish Riach asked what the timeframe on the stadium was and when more progress would be made.

"Over 94 percent of people in a recent survey said they want a new multi-purpose stadium in Christchurch, when will see a plan put in place?"

Mr Butler said he had seen the research but he had also seen research on the capability of ratepayers being able to afford a new stadium.

"The reality is the Crown has required the land which is designated for the stadium, the city has the old stadium and the council has reached its global insurance payout, you put that all together and the capacity is there but we have no business case for a stadium at the moment," said Mr Butler.

Mr Butler estimated interested parties, including Otakaro, would be getting together soon to talk about the stadium.

"So far I haven't seen any sign of a dollar coming from the Canterbury or from New Zealand Rugby Union or any promise of secured games.

"Every other stadium in New Zealand has been built on the promise of games or events," Mr Butler said.

Christchurch should see significant progress of the anchor projects over the next year, he said.

"Otakaro will be capitalized in the next three weeks and we are in the process of selecting a chief executive."

The company would also inherit the convention centre project.

"I'm not going to make assessments of what has happened in the past, our job now as a company is to get on with it," Mr Butler said.