Ms Young said it was outrageous it had taken two years to receive a report on a multimillion-dollar council development fund, when a third of its spending was not being disclosed. 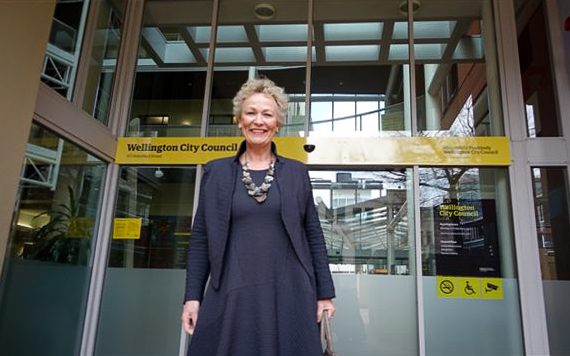 The Wellington Economic Initiatives Development fund was set up in 2013 to provide seed funding for events, initiatives and partnerships to help grow the local economy.

It gets about $3 million a year from the council, with funding decisions taken by a confidential panel comprising Mayor Celia Wade-Brown, Deputy Mayor Justin Lester, economic chair Jo Coughlan and the council's chief executive Kevin Lavery.

The chief executive can deal with applications under $100,000 but a political panel was required for applications above that.

In its first report to council, about $1.3 million of the grant money was hidden by confidentiality agreements.

Councillor and mayoral contender Nicola Young said that because of such arrangements there was no way of knowing whether the "mayor's secret slush fund" actually worked.

"The scrutiny is what I'm concerned about," she said. "We're using ratepayers' money, this is a secret slush fund and there's very little transparency."

"I think it's really disappointing that we have so little information on the return on investment, it's apparently supposed to be 20 to 1. We have no idea, because we don't know how much has gone into each organisation," she said.

"We can see the area that's funded but we can't see how much it's cost the ratepayers."

Ms Young said the city needed to have such a development fund, but it could not be at the expense of public accountability.

She said she felt strongly that too much money was being spent on professional sports teams, such as the Wellington Phoenix Football Club.

In its review of the fund, PwC said it compared well or better than similar funds in New Zealand and Australia and was efficient.

However it recommended that the panel report back to council more frequently and show the benefits of the grants, to better align non-event applications with city branding, and to complete a stocktake of results achieved to date.

It also said there could be merit in having an independent commercial expert on the panel.

economic growth and arts committee] chair Jo Coughlan have been approached for comment.