A man who confronted Russell John Tully moments after he shot two people dead in the Ashburton Work and Income office, says he can now sleep, knowing Tully has been convicted of the murders. 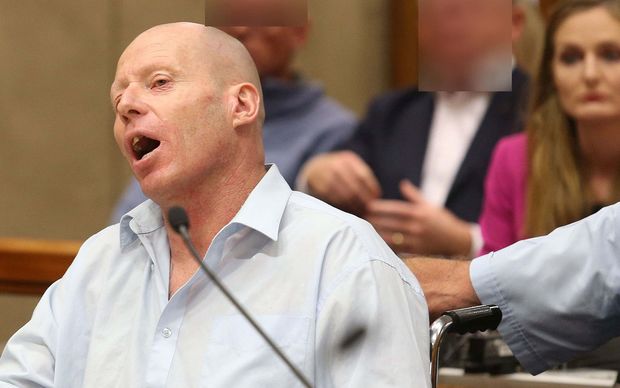 Tully, 49, has been on trial in the High Court in Christchurch for the past two weeks for the shooting which took place in the WINZ office on 1 September 2014.

He was this afternoon found guilty of the murders of Peggy Noble and Leigh Cleveland, and of attempting to murder case manager Kim Adams.

David Cooze was talking to receptionist Ms Noble when the masked gunman walked into the office and shot her. He confronted Tully outside the building.

Mr Cooze said he had had many sleepless nights since the shootings.

"Every time I woke up I was thinking about the same thing every day night every time I closed my eyes."

Mr Cooze watched as Tully walked into the office wearing a balaclava.

"He just basically walked around the counter and shot Peggy, the lady who was interviewing me at the time. It wasn't a good sight at all.

"Within a minute or two that I was in there, the gunman came in and pulled out a gun and just used it straight away not even saying one word, or nothing.

"I was too far away from him to get a hold of the guy, so I just turned around pushed this lady in the back saying to her you know we're out of here and she knew."

Mr Cooze said he also urged the guard to leave.

"He was just standing there and I just grabbed his arm and told him no you'll be next mate.

As he left the office Mr Cooze said he heard a second shot, and turned round to see Tully leaving the office, he told Checkpoint his main emotion by this time was anger.

"I think I was a bit angry too you know? At the same time I wanted to just delay him or even give his arse a bit of a smacking, a kick in the arse or something.

What made me do it? I think I was more angry than anything it just took over me and before you know it I'm thinking if he shoots me he shoots me."

Mr Cooze walked towards Tully shouting at him and calling him "gutless".

Tully was unsettled by this he said.

"He was looking up and down all the time trying to undo his lock on his push bike and then once he had got it undone I was more or less across the road.

He said as he got closer to Tully he dropped his bike helmet and bike lock.